Home Business News Boris warns Europe is on the brink of ‘something disastrous’ with Russia and will send more troops, planes and ships’ 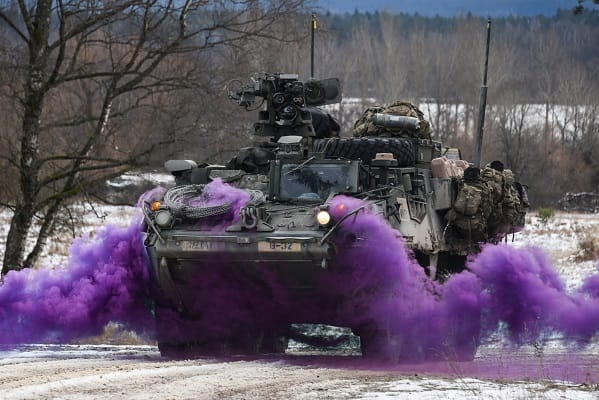 Boris warns Europe is on the brink of ‘something disastrous’ with Russia and will send more troops, planes and ships’

The Prime Minister has warned that Europe is on the brink of seeing something “absolutely disastrous” as Russia is to invade the Ukraine “very soon” and the intelligence looks “grim.”

During a press conference with the NATO secretary-general, Jens Stoltenberg Boris Johnson has promised that the UK will deploy more “troops, planes and ships” to Eastern Europe.

The UK has 1,000 troops on standby for a humanitarian crisis and 350 elite Royal Marines from 45 Commando are currently being deployed to Poland.

“This is probably the most dangerous moment, I would say, in the course of the next few days, in what is the biggest security crisis that Europe has faced for decades, and we’ve got to get it right.

“And I think that the combination of sanctions and military resolve, plus diplomacy are what is in order.”

Johnson has warned Vladimir Putin that a war will lead to “serious bloodshed” and the PM has refused to rule out offering extra military support to Ukraine..

He said, “We will consider what more we can conceivably offer.

“The Ukrainians are well prepared, there are things we’ve offered that they in fact don’t seem to need because they think they have them in enough numbers already.

“It’s possible, I don’t want to rule this out, but at the moment we think the package is the right one.

“But I want to stress it would be an absolute disaster if it was to come to that and if there was to be serious bloodshed on Ukrainian soil.”

The Foreign Secretary Liz Truss who is currently in Moscow for a series of talks at the Kremlin has told Russia to remove their troops from the Ukrainian border.

Truss said, “I can’t see any other reason for having 100,000 troops stationed on the Ukrainian border apart from to threaten Ukraine.

“If Russia is serious about diplomacy they need to move those troops and desist from the threats.”