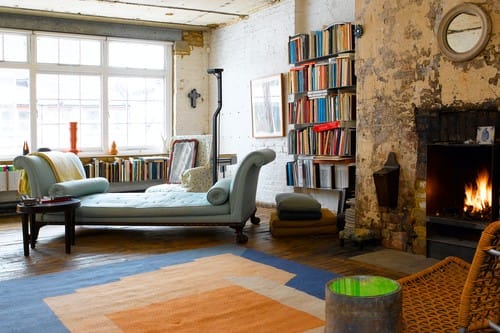 The local British high-end furniture design industry is having a moment in the sun. Its much-celebrated resurgence is giving rise to gorgeous, contemporary designs infused with poise, refinement and a healthy dose of eccentric ingenuity.

And with a focus on superior materials, fine craftsmanship and a unique perspective on modern trends, it’s likely to soon take the world by storm. Here’s a peek at the stories behind some of the front-runners.

David Linley, son of Princess Margaret, met immediate success when he founded his design business in 1985. Already pushing boundaries as a royal with a hands-on vocation, he went on to establish a reputation for producing exclusively-commissioned furnishings for a private client base.

With a group of 260 masterful artisans at his disposal, David will rise to any occasion, focussing on meeting unique needs rather than a specific signature style. However, he recently broke tradition in collaboration with popular designer Matthew Hilton to produce the new Savile Furniture Collection – custom-made and accessible to all.

Tom Dixon is renowned in over 90 countries for his nonconformist designs in lighting, furniture and accessories. Having created the lauded “S” Chair for Italian giant Cappellini, he went on to benchmark his own brand, receiving numerous awards and an OBE along the way.

Staying true to his British roots, Tom’s original talent is unleashed from Coal Office, his hub and restaurant in King’s Cross. View his best offerings at the well-known luxury furniture outlet FCI London.

With an eye for the unusual and accolades that include a listing in the Architectural Digest, France as one of the six Grandmasters of Interior Design, Francis Sultana is a global phenomenon.

He is renowned for his use of noble materials like rock crystal and bronze and widely supports skilled craftsmen from around Europe.

Cited as one of the most influential designers in London, Sebastian Cox is a furniture maker and environmentalist motivated by sustaining and regenerating the local woodlands from which he harvests his materials.

Based in South London, his workshop subscribes to a forward-thinking, zero-waste manifesto that fulfills his intention to provide beautiful furniture and accessories with a low carbon footprint. Both rustic and refined, his creations have obtained a Design Guild Mark, and he regularly takes on bespoke commissions from an affluent clientele.

From the tiny village of Pluckley in Kent, Catchpole & Rye have made a name for themselves in the niche market of antique-style bathroom furnishings.

Using traditional pouring techniques established over 100 years ago, they mould and polish exquisite cast-iron and copper tubs, making them one of the few suppliers who produce their offerings from scratch. Their full range includes graceful console basins, cast metal cisterns and an assortment of showers and taps.

Operating from a series of refurbished farm sheds, husband and wife team Tony and Elaine are now major players in the industry. Not only have they rekindled a forgotten heritage, but they are able to provide complete bathroom refurbishments for enthusiastic customers.

These five high-end furniture brands are some of the best luxury labels that can be found in London.