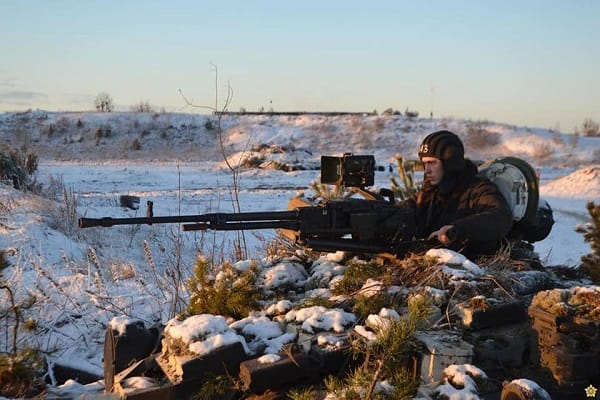 Belarus announced that there troops must quickly move to “designated areas” prompting fears that President Alexander Lukashenko “could join the war” in Ukraine.

The Belarus Defence Ministry said that troops are being instructed to set up bridge crossing over the Neman and Berezina rivers in western and eastern Belarus to test their forces combat readiness, which was ordered by Lukashenko.

They said in a statement, “During this period it is planned to move military equipment and personnel, and to temporarily restrict the movement of citizens (transport) along certain public roads and sections of terrain.”

The secretary of Belarus’s Security Council Alexander Volfovich said in a video statement today, “The inspections will be of a wide-ranging nature and carried out unannounced by the leadership of the armed forces.”

Konrad Muzyka, a Belarus expert with Poland-based defence think-tank Rochan Consulting, said, “Belarus has actually been preparing to join the war on the Russian side for a few months.

“Every capability that they would need to go to war has been tested. We cannot exclude the possibility that a decision has been made that Belarus could join the war.

“I don’t know whether this has happened, but from a military indicators point of view, everything is pointing towards Belarusian armed forces taking a more belligerent stance.”

The Institute for the Study of War (ISW) have suggested Belarus are conducting an “information operation aimed at fixing Ukrainian forces on the border.”

This means Belarus could be pretending to stage an attack to distract Ukrainian soldiers and thin them out on the ground moving them away from other operations in the war.

The ISW said, “The purpose of these efforts is to pin Ukrainian forces at the Belarusian border to prevent them from reinforcing Ukrainian operations elsewhere in the theatre.

“Belarus is extraordinarily unlikely to invade Ukraine in the foreseeable future whatever the course of these information operations.

“A Belarusian intervention in Ukraine, moreover, would not be able to do more than draw Ukrainian ground forces away from other parts of the theatre temporarily given the extremely limited effective combat power at Minsk’s disposal.”