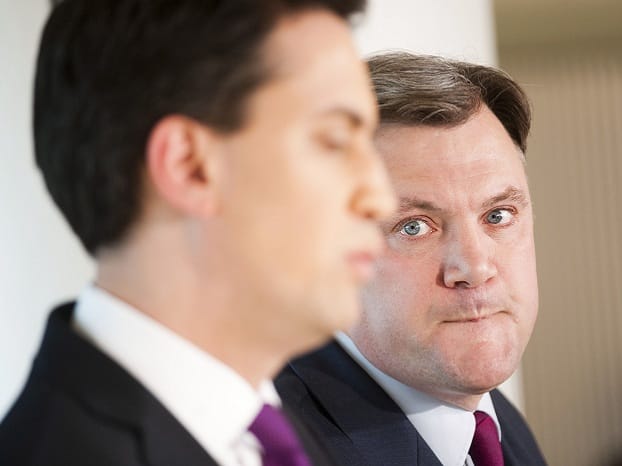 Ed Miliband and shadow chancellor Ed Balls have both dated BBC economics correspondent Stephanie Flanders in the past, the Labour leader has revealed in an interview with Now Magazine.

Speaking about his love life for the first time, Miliband said that he didn’t think it was “weird” for both him and Balls to date Flanders.

“We did both date her but there was a long time apart between me and Ed. Stephanie and I don’t have any problems running into each other now.”

Miliband is believed to have been introduced to Flanders after he started working as researcher for the television programme A Week in Politics.

Balls, on the other hand, is known to have dated Flanders with Mr Balls in the mid-1990s, when the pair worked as journalists on the Financial Times.

When asked to reveal more details Miliband said, “It was very brief and a very long time ago.”

Miliband admitted to being a “late developer” when it came to women unlike Nick Clegg who’s claimed he’s slept with “no more than 30 women” before he met his wife.

“I’m not going to compare myself to Nick Clegg in any way,” he said. “I was quite square and serious. Girls came a bit later – university and after.”

The Labour leader went on to say that his wife Justine Thornton thinks he’s “hotter” than his brother David.

However, he confessed that his wife bans him from wearing ‘big jumpers, nasty corduroys’ and that he’s fighting a ‘the battle of the bulge’.

Too far too fast? Ed Balls gets 3 points and £350 fine for running red light