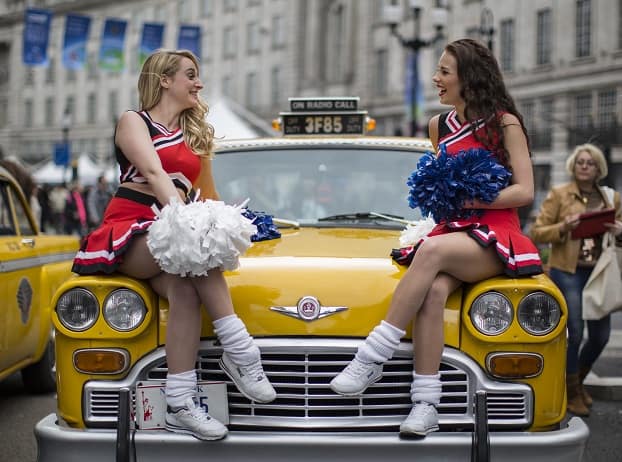 America’s most wanted: Can US retailers conquer London?

As more US retailers plant their flags in the capital, we look at the opportunities and challenges they face

“Hello London” read the large gold balloons hanging in the window of J Crew’s Regent Street flagship when it opened its hotly-anticipated doors last November. The media lapped up its arrival, the opening day saw queues form, while the official party guest-list read like a who’s who of the fashion industry, with Tommy Hilfiger, Natalie Massenet and Nicholas Kirkwood all turning up to the starry party. J Crew, with its trio of shops across London, was the hottest retail launch in London last year.

J Crew is just one of the latest in a wave of American retailers to have made the leap onto British shores, putting London at the heart of their international strategies. Lingerie retailer Victoria’s Secret, Forever 21 and Anthropologie have all made the capital their home in recent years.

With a maturing market back in the States, American retailers view international expansion as a way to drive new growth.

And for the majority of US retailers, London is the first place they expand into outside of North America.

James Ebel, partner at property advisory firm Harper Dennis Hobbs, which has helped a number of US retailers enter the UK, blows the trumpet for the capital. “If American retailers are going to expand, they’re going to do it on a world stage, and that stage is London.”

For American retailers to really crack London, securing a prime site is essential.

Apple is one US retailer regarded as having chosen its London addresses wisely, planting its minimalistic and airy-style interiors in six key high-footfall locations including Regent Street and Covent Garden.

Ebel says: “American retailers present their concepts really well and spend a lot on the store and fit out, creating environments which are desirable and people want to shop in.”

Yet one US retailer in London that is unlikely to win any awards for providing an outstanding store experience, but is still heralded as a big success story, is TK Maxx. Thanks to high demand for discount clothing and homeware, the retailer has taken a stronghold in the capital, with an impressive 23 shops in total. Not only has TK Maxx secured high-profile locations such as Charing Cross and Long Acre, but it’s also cranked up its presence along many a London high street, including Balham and Brixton.

Scan many of the prime streets in London and it gives a strong indication of just how successful American retailers are. Gap, Anthropologie, Urban Outfitters, Banana Republic, American Apparel and Whole Foods Market are just a few to have infiltrated the capital.

However, behind the long list lies an equally long list of retailers who have been forced to withdraw or certainly scale back plans in the city…

>> Astonishing figures: Next is now bigger than M&S

Borders has come and gone after facing increased competition from online retailers such as Amazon, while more recently Best Buy exited the country after just two years, largely due to the electronics sector being hit by the recession.

While you can’t downplay Forever 21’s presence in the capital – it has a whopping 39,000 sq ft of retail space footage of space on Oxford Street alone – question marks hang over its success here.  Results just published on Companies House show Forever 21 racked up a loss of £66.5m for the 12 months to February 28, 2013, with the extension of its Oxford Street store seemingly impacting profits. The fast-fashion giant outlined ambitious plans to open 100 stores in the UK when it first crossed the pond in 2010 but the economy soon put a stop to that.

And earlier this year US young fashion retailer David & Goliath blamed rising rents and difficult trading conditions for pulling the plug on its four UK stores including Westfield Stratford and Carnaby Street.

The challenges of London

While London is viewed as one of the best shopping cities in the world, it’s also noted for its staggering rents, where prime zone A rents for Bond, Oxford and Regent Street now average €1,056 (£869) per sq ft, and of course there’s stifling business rates. These combined can make international retailers question whether or not expand into London.

However, Kate Ormrod, clothing and footwear analyst at Verdict, argues that high rents and spiralling rates won’t dissuade the more ambitious and bigger retailers from making a play for London.

“The high rents are an issue here, but it probably makes US retailers more determined they’ve got the right location – they don’t want to be locked into a long lease and discover they’re in the wrong location.”

One reason retailers may not find success in London is because competition is fierce, says Nicola Harrison, news editor of trade title Retail Week.

“All the best fashion retailers are here, such as Inditex and H&M, and home-grown brands like Topshop, New Look and Marks & Spencer, and department stores like Selfridges. The competition is the toughest in the world.”

Retailers really need to do their homework in order to make it across the pond. American women’s classic clothing specialist Talbots, which arrived in the UK in 1994, is one example of a retailer that failed to crack the market and was forced to retreat in 2008.

Maureen Hinton, retail research director at Conlumino, says American retailers make the assumption that because we share a language we have similar tastes in fashion retail, but this is not always the case.

“Talbots’ styling was too conservative for the majority of UK women and it could not build the scale it needed to expand,” she adds.

Despite these challenges, US retailers continue to plant their flags on London soil.

Jim Brett, president of West Elm, one of the fascias under the Williams-Sonoma group, which also owns retail store Pottery Barn, tells LondonlovesBusiness.com that he believes “there is significant opportunity for all of our brands to expand in the UK,” adding that Williams-Sonoma is “actively seeking” locations for its other brands.

Fashion retailer American Eagle, which has more than 1,000 shops on its home turf, is reportedly set to open three London stores before the summer, while J Crew is believed to be hunting for more units across the capital.

As more American retailers plant their flags in the capital, we look at the opportunities and challenges they face.

NOW READ: 5 super-Brit brands taking over the world in 2014