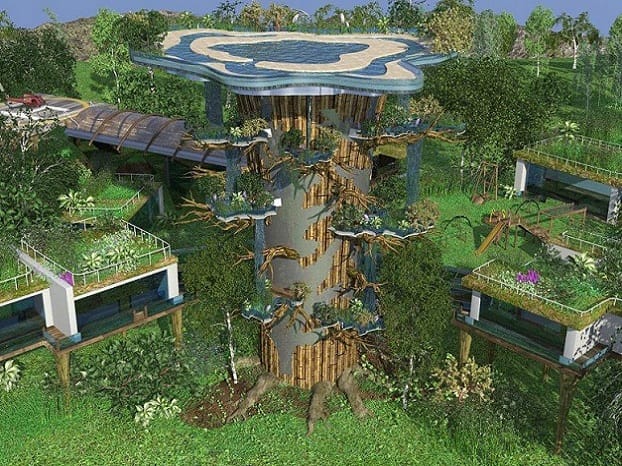 For billionaires with bottomless bank accounts, Christmas gift shopping can be quite an ordeal.

Known to be the “largest and most elaborate” tree house “on the planet”, this ultra-luxury gift boasts zip lines, a pool, a lazy river, a helipad and a water-operated elevator.

Made by British firm Master Wishmakers, it also has five separate pods connected to a central ‘trunk’, a glass-bottom swimming pool and lazy river on the roof, a helipad, home cinema and a gym.

If you’re a sports fan, it can’t get better than this. Made by Populous, the company behind New York’s iconic Yankee Stadium, this 100-seat backyard stadium is where you can host your own football matches.

A yacht in the sky? Oh my. Strictly for billionaires, this yacht is a collaboration between Embraer and the experiential designer Eddie Sotto. Check out this video to see its features:

Now we know how billionaires love their yachts so this would be the ultimate gift for your billionaire pal. Designed by Bannenberg & Rowell, this mega yacht has a 2,300-square-foot sundeck and has a massive suite with a full-beam balcony and a hot-tub.

If that doesn’t tickle your fancy then the yacht’s water-level beach club and glass-bottom pool may do the trick.

Keys to this SoHo penthouse would definitely make a billionaire’s Christmas merry.

With views of the Empire State Building, the Statue of Liberty and the Brooklyn Bridge, this property includes 7,045 square feet of space on the upper floor, 3,000 square feet on the lower floor and  a 462-square-foot outdoor terrace.

Known to give the “Ultimate thrill”, this three-person submarine can reach the deepest spot in the ocean at 35,800 feet in approximately two hours. We wonder how long it would take to get to the bottom of billionaires’ wealth vaults with this extreme marine tourism kit….

To satiate the need for speed for your billionaire best friend, gift the first Galpin Ford GTR1 to him/her. This car is based on the Ford GT sports car and the Ford GT40, one of the fastest race cars of all time.

Billionaires wouldn’t mind spending millions on this super-safe that can store everything from cash, jewellery to wines.

Why the $2.5m price tag? It has been fitted with the vault door from the final bank robbed by the infamous Dalton Gang.

For billionaires who want to gift something one-of-a-kind, this set of two bejeweled samurai-style swords may fit the bill.

The woodwork is designed by Salter Fine Cutlery and the swords have been engraved by the famous Japanese swordsmith Shigemitsu.

The swords are said to have been cast into the sea to avoid capture by the enemy during the Battle of Dan-no-Ura in 1185.

This swiss luxury watch has made the list for being  a triple-complication wristwatch from luxury watchmakers De Bethune.