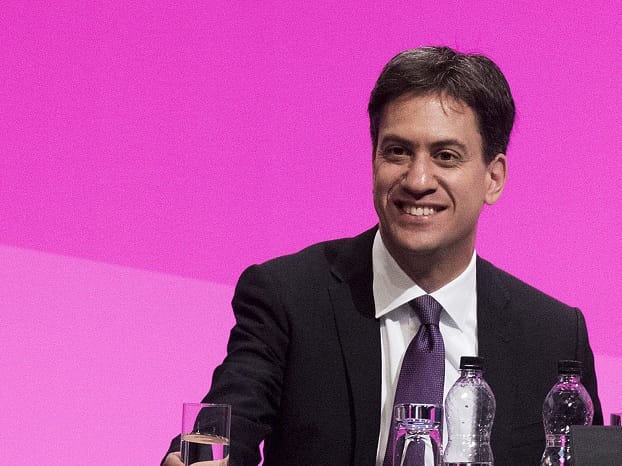 Your 60-second digest of the Labour Party Conference

You might have missed it, in among, you know, the fact that our country was on the verge of changing forever last week, but the Labour Party Conference started on Saturday.

Didn’t make it to Manchester to hear Miliband and his mates?

Fear not. We’ve summarised all the big new measures that have come out of the conference so far that you need to know about, and we’ll be updating this story as more are announced.

It hasn’t been a massively eventful Labour Party Conference so far, we’ll admit, but there are a few key happenings that you need to know about…

Miliband’s big announcement was that he would increase national minimum wage to £8 by 2020.

This measure is likely to appeal to a significant chunk of the UK workforce. One in five UK workers is currently classed as being on low pay, at less than £7.71 an hour.

But it risks rubbing small businesses up the wrong way, many of whom already complain that national minimum wage prevents them from employing more people.

Ed Balls will announce today that a Labour government would extend the coalition’s cap on child benefit by a year, so the cap would last until 2017, rather than 2016.

That means the benefit would increase by only 1% a year, below the current rate of inflation.

3.      How Cameron has screwed Miliband with the Scottish result

Part of the reason you won’t have heard much about the Labour Party Conference is because it was difficult for the party to get many headlines in the wake of the referendum. (It in fact had to prepare two separate conference agendas, in case of a Yes or No vote.)

But David Cameron has sneakily stolen yet more limelight from Miliband by raising the issue of whether Scottish MPs’ voting rights should be limited at Westminster – the “English votes for English laws” question. Cameron will host a summit of senior Tories to discuss this in more depth.

This has thrown Miliband into an awkward position, while eating up press coverage that might otherwise have focused on Labour’s conference.

Patrick Wintour, the Guardian’s political editor, has written an insightful analysis of Cameron’s gameplay and the challenges Labour is facing – well worth a read if you’re interested in finding out more about this.

Balls will also announce today that a Labour government would cut ministers’ pay by 5%. He would then go even further on ministerial pay, with plans to freeze that reduced amount until the deficit has been cleared. And goodness knows when that will be.

Labour also annouced it would cut business rates for properties worth less than £50,000. It would fund the measure by stopping a planned cut to corporation tax. The business rates cut would be worth 1% and come into effect in 2013.

We’ll update this story throughout the day as more happens at the conference, so check back in later, and follow me @sophiehobson.

Ajay Chowdhury: Understanding the secretive art of SEO – and how some companies have nailed it

Robyn Vinter: MPs are about to get a 10% pay rise. Here’s why it can’t happen