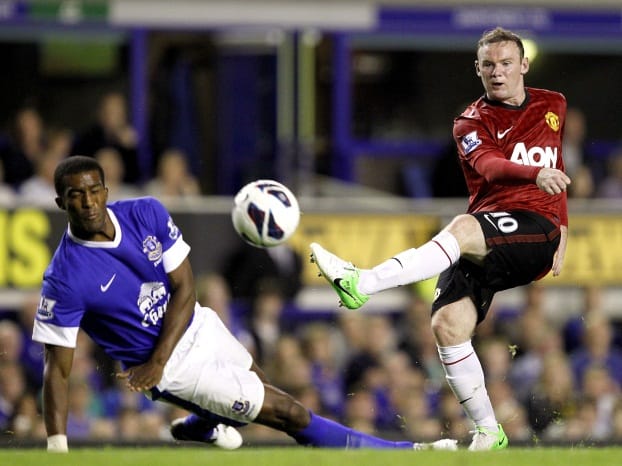 More and more clubs decided to join the new trend of electronic sports. So, eSports is here to stay. It is true that its popularity has slightly increased among ordinary people due to the coronavirus-related quarantine, but the reality is that virtual tournaments have been growing for a long time and everything indicates that this expansion will go on.

That is the reason why numerous football clubs across the world joined the eSports scene, participating in football simulations such as FIFA or PES. Some were more visionary and started with their eSports projects before the rest. Other clubs simply waited for what they thought was the right moment to try their luck. We present to you football leagues in the world that currently have eSports teams and on which you can bet at some of the best eSports bookmakers.

In England, the initiative to play the ePremier League was born last April with the idea of a direct elimination tournament that will have the participation of all 20 teams from the real-life championship. Immediately, the participation of Liverpool (Alexander-Arnold), Manchester City (Sterling), Crystal Palace (Zaha), Aston Villa (McGinn), Sheffield United (Mousset) and Wolves (Diogo Jota) has been confirmed. As you can see, real-life players represented their respective clubs in the ePremier League, not professional gamers.

However, before this virtual championship that emerged in the middle of the quarantine, the only Premier League teams with a presence in eSports were Manchester City, Liverpool and Manchester United. The former decided to venture into the world of electronic sports in July 2016 with Kez Brown, the first professional gamer in the club’s history.

Valencia was the first club in Spain that formally began to compete in eSports. Then came the entry of Barcelona, which has a highly competitive team playing in FIFA and PES. Clubs such as Sevilla, Espanyol, Betis, Villarreal and Levante also joined later on.

Al-Khelaifi’s investment in PSG has not only been to dominate football in real life, but also in the virtual world. The ePSG has been in existence for over two years and its ranks include gamers such as August Rosenmeier and Lucas Cuillerier, FIFA eSports world champion.

Another Ligue 1 team that decided to venture into eSports is Monaco, which had the best PES player, Walid Rachid Tebane, world champion in 2015, 2016 and 2019 editions, most than any other until today.

Germans also started very early in eSports. Schalke 04 decided to embark on an electronic sports adventure in 2016 as one of the pioneers in the Old Continent. Then Bayern Munich joined with a top-notch team to compete in the eFootball.Pro, a PES tournament in which they compete against other powerhouses from Europe.

Roma is the trailblaser among clubs in Italy in electronic sports. The club from the country’s capital announced two years ago that it signed a collaboration plan with a historic eSports organization Fnatic, which would be responsible for representing ‘La Lupa’ in each of the FIFA competitions in exchange for a respectable amount of money.

Turkey is one of the countries in Europe that have shown the most interest in virtual competitions. Fenerbahçe is one of the most outstanding teams in regard to this. Beşiktaş stand out, as well as Galatasaray. The latter, however, stood out in a negative context upon getting out to the scene, having a resounding failure by being relegated to the Second Division in the tournament in which they contested.

In Argentina, they have an eSports championship organised by the real-life championship. Practically all the Primera División teams dispute in it and in the FIFA game, which is why the clubs that have a contract with PES do not participate in this virtual championship, as is the case of Boca and River.

In Chile, competition in virtual mode is gaining ground, which leads to the presence of Universidad Católica and Universidad de Chile in eSports.

The suspension of the Clausura 2020 tournament (the second part of the regular season) due to the Covid-19 pandemic gave rise to one of the most interesting inventions of recent years in Mexican football: the eLiga MX. However, the clubs that participate do not do so with professional gamers but with members of the first team, something that has evolved in the following months because it had an enormous acceptance in the public.

It was the last to join this trend of virtual championships, basically following parameters very similar to those of the eLiga MX. The suspension of the US league last year and the participation of real-life players like Chicharito gave a very important boost to this initiative.

Organisations in the traditional sports world are increasingly interested in eSports because of a return on investments that have already taken place in the electronic sports scene.

Without entering into the debate of a possible qualification of eSports as a sporting discipline, the phenomenon of electronic sport has many similarities with traditional sport: it is a competition between two entities, which is followed by a large crowd (prior to the pandemic), modern media coverage and particularly high marketing potential.