Home Business Insights & Advice Why does it makes financial sense to buy an electric company car? 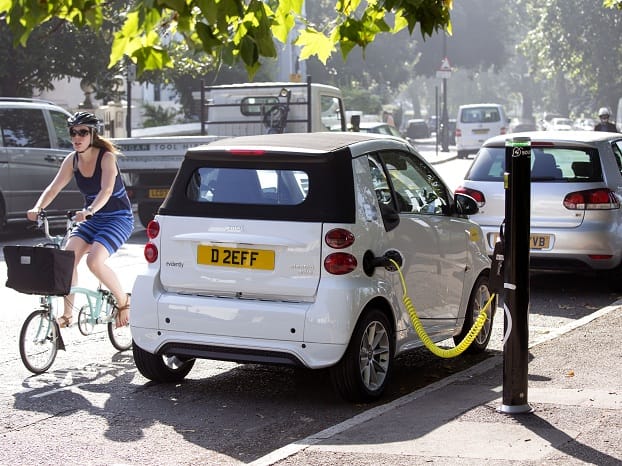 Why does it makes financial sense to buy an electric company car?

Electric cars, or EVs, are becoming increasingly ubiquitous on many global highways. But, if you’re in the market for a new work vehicle, should an EV be at the top of your list

Overall, purchasing an electric company car can be financially beneficial: and here’s why! To begin with, acquiring an electric corporate car can not only generate considerable savings when compared to regular gas-powered cars, but these vehicles can also be eligible for tax exemptions like capital allowances and congestion charges.

Continue reading to learn more about electric cars and why it makes financial sense for you to purchase an electric company car rather than diesel or fossil fuel car.

Why it makes financial sense to buy an electric company car

When choosing between an electric or gas-powered car for your company vehicle, there can be a multitude of factors to consider. After all, when you go to work, you want to be making money, not spending it all on vehicle costs and taxes.

Fortunately, with an electric car, the government tends to relax and loosen their grip with their taxes and extra company car charges. For example, when purchasing an EV with the intent to use it as a business vehicle, not only are you exempt from things like congestion charges but can also be granted capital allowances.

What are the top three reasons why it makes financial sense to buy an electric company car?

The majority of governments have put in place tax breaks for those who decide to buy electric vehicles for their businesses rather than conventional gas-powered vehicles. As a result, any electric vehicles you purchase and operate for your business qualify for capital allowances. This implies that you can take a portion of the value out of your profits before paying taxes.

For example, in the UK, since April 2020, businesses can deduct 100% of the cost of an electric car from their earnings (from the year of purchase), with no limit on the vehicle’s value.

Good news: Congestion fees are not applicable to electric vehicle owners in several regions of the world. After all, zero-emission cars do just that—they produce no emissions.

For example, in the United Kingdom, until 2025, all entirely electric cars, vans, and other vehicles are free from Congestion Charges due to the fact that these cars emit zero exhaust emissions. This implies that if you buy a completely electric car and register it with Transport for London, you will not be subject to a yearly Congestion Charge.

For example, according to this same 2020 Consumer Reports study, owners of electric vehicles will generally spend approximately 60% less on gasoline per year than owners of gas-powered vehicles. However, not everyone’s savings predictions will be the same.

Bonus: The government are currently running a grant scheme for electric vehicle charging infrastructure. The grants cover up to 75% of the up-front costs to a value of up to £350 per socket and can be applied to 40 sockets!

Overall, buying an electric company car can be financially advantageous. For example, purchasing an electric business car can not only result in significant savings as compared to traditional gas-powered vehicles, but these vehicles can also be eligible for tax breaks such as capital allowances and congestion charges.

There are several considerations to consider when deciding between an electric or gas-powered automobile for your work vehicle. After all, when you go to work, you want to make money, not spend it all on transportation and taxes.

So, why choose an EV at the end of the day? Well, they’re not only cost-efficient, but they’re also considered the best choice for the environment.