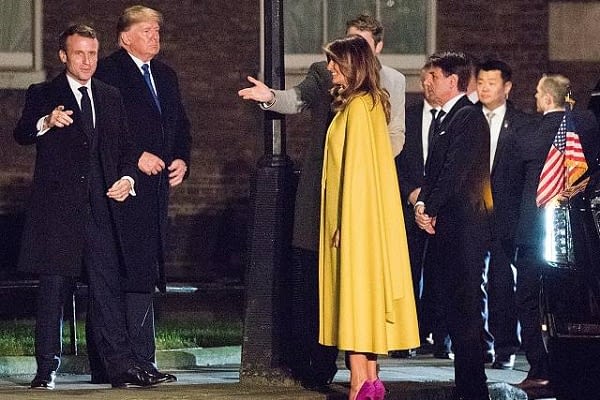 NATO members have met near London to mark the military alliances 70th birthday. Boris Johnson said in his opening remarks, the alliance’s principle of “one for all, all for one.”

There were exchanges between the French and US leaders over various topics, as ties between French president Macron and President Trump are stained over a dispute over taxes and trade.

In November Macron made comments that the US commitment is fading to NATO. However, Trump hit back and said that Macron had been “very disrespectful” as he described NATO as “brain dead” and he was “nasty,” although the French president stands by his words.

Canadian public broadcaster, CBC tweeted a brief video that appears to show Justin Trudeau, the Canadian prime minister commenting on president Trump, with Johnson, and Macron, although Trump was not named.

Trudeau said the group during the Buckingham Palace reception, “You just watched his team’s jaws drop to the floor.”

.@JustinTrudeau, @EmmanuelMacron, @BorisJohnson and other VIPs shared a few words at a Buckingham Palace reception Tuesday. No one mentions @realDonaldTrump by name, but they seem to be discussing his lengthy impromptu press conferences from earlier in the day. (Video: Host Pool) pic.twitter.com/dVgj48rpOP