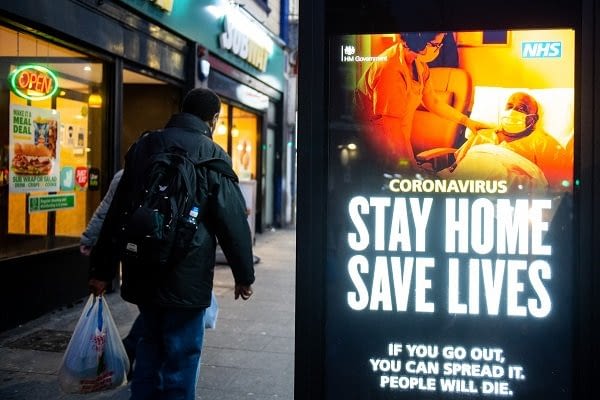 Professor Neil Fergusson has warned that a full national lockdown may well be needed to prevent the more transmissible variant Omicron to overwhelm the NHS.

Professor Fergusson admitted on Wednesday that the national lockdown cold be on the cards as Omicron will be the dominant variant before Christmas.

He told the BBC Radio 4 Today programme, “There is a rationale, just epidemiologically, to try and slow this down, to buy us more time principally to get boosters into people’s arms because we do think people who are boosted will have the best level of protection possible, but also to buy us more time to really better characterise the threat.”

The Professor was asked outright by the BBC if a national lockdown could be imposed, he said, “Clearly if the consensus is it’s highly likely that the NHS is overwhelmed then it will be for the Government to decide what to do about that but it’s a difficult situation to be in of course. It certainly might be possible at the current time.”

Boris Johnson updated his Cabinet on Tuesday over the situation with Omicron as scientists have warned they predict there could up to 2,000 cases already in the UK who have the virus.

Professor Tim Spector, of genetic epidemiology at King’s College London, told BBC, “The official estimates are about 350-odd Omicron cases, and because the current testing is missing a lot of those, it’s probably at least 1,000 to 2,000 I would guess at the moment.

“By that time, we’ll probably have more cases than they will in some of those African countries.”

Dr Jeffrey Barrett, director of the Covid-19 genomics initiative at the Wellcome Sanger Institute, said he thought Omicron would take over from Delta in the UK “within a matter of weeks.” as the dominant variant of Covid.

He told BBC Radio 4’s Today programme, “I think we can now say that this variant is spreading faster in the UK than the Delta variant at the same time, and that’s something that I think was unclear until very recently.

“The fact that so far we have seen not very many severe cases of Omicron, maybe because it is infecting these individuals with some amount of immunity and that’s good news that they aren’t having tonnes of severe disease, but I think it is too soon to assume that fundamentally Omicron is more mild than say Delta.”

Professor Spector added, “If early reports pan out – we don’t absolutely know this, we’ve got hardly any data in this country where we have high rates of vaccination – but if we assume that it is not more severe and possibly milder than Delta, but it’s much more transmissible.

“So it means that perhaps twice as many people are going to pass it on from when someone gets it in a crowd.

“That’s going to be good news for the individual because we have less cases going to hospital, and partly this is due to our high vaccination rates.

“But it also means that eventually you will get more deaths and problems, because nearly everyone is infected or reinfected.

Following allegations of numerous parties being held in Downing Street during Tier 2 and 3 lockdown’s it is quite probable that most of the public will not adhere to a lockdown.

The government will find it “almost impossible” to enshrine fresh restrictions to made law and then ask “police forces to enforce them,” as well as the public.

Sir Charles Walker, a former vice-chairman of the 1922 Committee of backbench Tory MPs, said the Government is likely to now find it “almost impossible” to introduce “very proscriptive” Covid-19 restrictions due to the ongoing sleaze.

Sir Charles told Times Radio, “I think now that, going forward, any measures will be advisory. I think it would be very difficult to enshrine them in law and then once again ask our poor police forces to enforce them.”