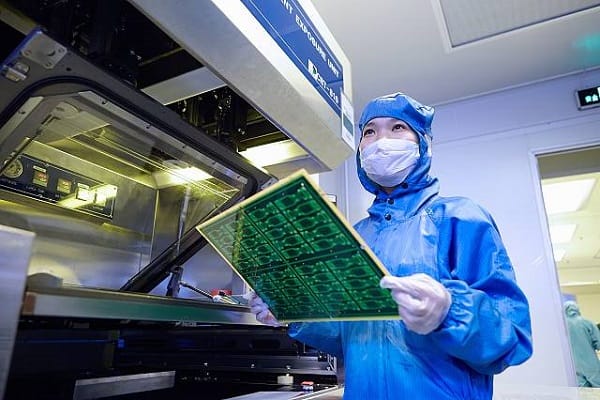 New research carried out by security company Kaspersky unveils disparity between the UK and Europe over a future shared with augmented people. A lack of understanding around human augmentation could be holding back exciting developments

The UK is lagging behind the rest of Europe in attitudes around human augmentation, including the use of bionic limbs, or self-augmentation, like inserting radio-frequency identification (RFID) or brain chips to provide ID, increase memory capacity or pay for public transport. Though 36% of UK adults believe that people should be free to enhance their own body with this human augmentation technology, just over the same amount (38%) are concerned that human augmentation could lead to either future social inequality or conflict.

Pan-European research from cybersecurity company Kaspersky has exposed Brits’ attitudes towards this future-thinking technology as far behind that of our European counterparts. Only 24% of UK adults are optimistic about a future that includes both augmented and non-augmented people, with Italians and Spaniards being the most optimistic – 36% vs a European average of 32%. What’s more, only 36% of UK respondents agree that people should do as they choose with their body, compared to over half of adults in Portugal (56%) and Spain (51%).

Perhaps unsurprisingly, Generation Y are the most progressive thinkers in the UK around augmentation: over half (59%) would be happy to work alongside augmented people, compared to a national average of 45%, and the same age group is highly optimistic about a future that includes both augmented and non-augmented people – 40% vs the national average of 24%. This indicates that the trend is only set to accelerate – an observation backed by Tilly Lockey, a 15-year-old British amputee.

“Support for human augmentation is continuously going to grow amongst the general public because if you look at the type of things we do for entertainment now, there’s so much around sci-fi, which is becoming more common on our TV screens. My generation is seeing these augmentations labelled as ‘fantasy’ on our screen – but if they think that this fantasy can become a reality, then it definitely brings a lot more excitement around it,” comments Tilly.

Lacklustre UK attitudes towards augmentation are perhaps explained by the fact that Brits are the least likely to have met someone with a bionic limb or brain chip compared to the rest of Europe: only 43% of UK adults have encountered someone with an augmentation, as opposed to the European average of 51%. It’s no surprise, then, that these suspicions and concerns extend into their thoughts around working with augmented colleagues. Kaspersky’s survey found that 14% of Brits would be opposed to working with an augmented person, due to them having a perceived unfair advantage in the workplace.

These findings and societal worries show the need for more education around augmentation tech, and its potential to save and enhance our lives – from giving paraplegics the use of their body back to enabling people to continuously monitor their health vitals – as long as it is correctly safeguarded.

“Governments, industry leaders and augmented people must come together to help shape the future of human augmentation and ensure it can reach its full potential. With correct and considered regulation, and security by design, this exciting industry can develop in a way that is safe for everyone and usher in a bright future for this humanity-enhancing technology,” comments Marco Preuss, Director of the Global Research & Analysis Team, Europe, for Kaspersky.