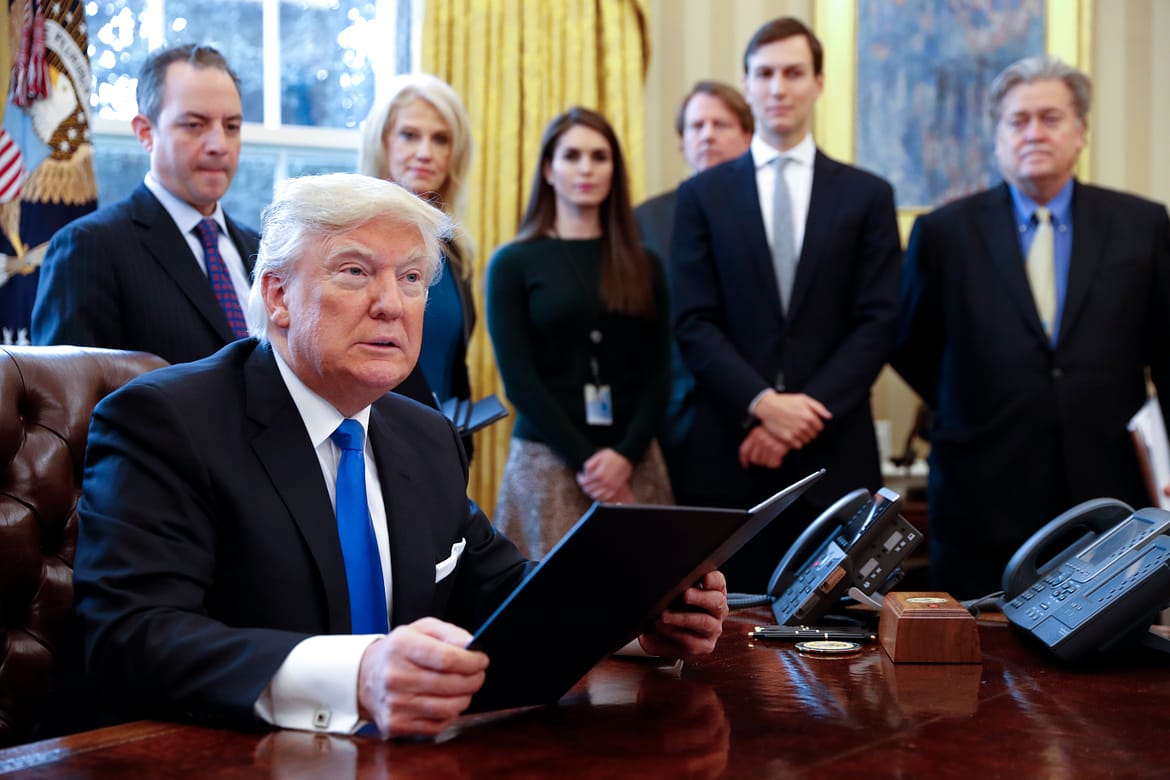 The new US President is set to build a wall between the US and Mexico.

Over the next coming days, Trump will sign several executive orders to do with immigration and border control.

This is likely to include the “extreme vetting” of people coming from predominantly Muslim countries such as the Middle East and Africa.

This would also restrict refugee access in to the country.

In a Tweet Trump said: “Big day planned on national security tomorrow. Among many other things, we will build the wall!”

During Trumps campaign one of his main proposals was the building of a 2,000-mile long wall that would sit across the Mexican border.

New measures are to be put in place to force sanctuary cities to cooperate with the US authorities so that illegal immigrants can be deported.

“Sanctuary cities” are those that don’t detain or deport illegal immigrants living in the city.

These measures are not likely to come as welcome news to some.

Trita Parsi, from the National Iranian American Council, said: “Donald Trump is making good on the most shameful and discriminatory promises he made on the campaign trail.”

“He called for a Muslim ban and is now taking the first steps to implement one. This will not stand. The American people are better than this.”