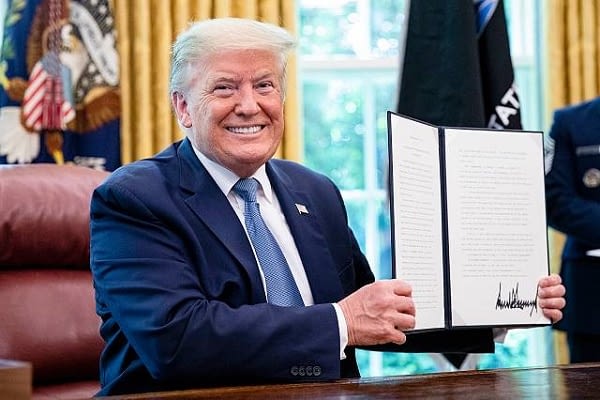 President Trump has banned US companies from working with two Chinese apps in another big escalation of the dispute between the two countries.

The president has signed executive orders overnight to stop US businesses from doing transactions with TikTok, which is owned by Bytedance, and WeChat, which is owned by Tencent. The ban, which will come into force in 45 days, is linked to concerns in Washington about data on US citizens being collected by Chinese-owned businesses and finding its way back to Beijing.

TikTok, the viral video-sharing app, has 100 million users in the US. A ban has been trailed by the president all week and is being seen as an attempt to force Bytedance to sell the app to Microsoft, which is in talks with the company about a multibillion-dollar deal.

TikTok user spending shot up by $128m in January