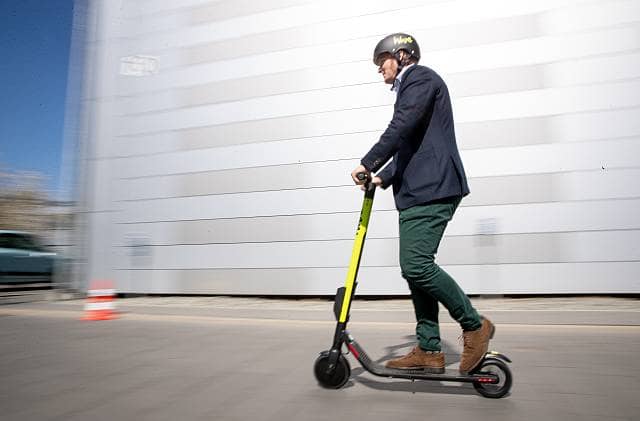 London’s transport chiefs have recognised what is plain to many of us who live and work in the city. Electric scooters may be illegal but that is not deterring Londoners from buying and trying this new mode of personal transport.

Faced with some colossal transport challenges, the Commissioner for London is taking a refreshingly pragmatic approach to whether or not e-scooters should be sanctioned. It’s time that the Department for Transport made it easier for local authorities and Transport for London by issuing new guidance on how e-scooters can be integrated safely into our stretched transport infrastructure.

Whether e-scooters are licensed, like cars, or restricted using technology to certain areas, it makes sense for the authorities to work closely with operators like us.

E-scooters are a huge opportunity for London to quickly tackle the capital’s air pollution crisis which kills thousands of people each year.

Every day, four Londoners including a child are hospitalised because of complications caused by air pollution. If we expand that to cover the whole of the UK, an alarming 40,000 deaths are attributed to breathing in dirty air.

Current solutions to the crisis are taking too long to have an impact. Diesel and petrol cars will still be on the streets for another 20-years. London’s Ultra-low Emission Zone only covers a relatively small 8.1 square miles. The capital’s bus network won’t be emission-free until 2037.

But a conscious move away from mass transport in favour of forms of transport designed for one person, bikes, e-bikes and e-scooters could help us improve the city air rapidly.

E-scooters offer freedom for less than the price of a coffee.

With proper implementation, e-scooters could be safely integrated into London to provide a new option for quick hops between meetings or from the school drop-off to the station. They are ideal for the City and the West End with its narrow, traffic-clogged streets.

With appropriate guidelines speed limits, compulsory helmets, insurance and user training – e-scooters could be used by many people.

City authorities around Europe are finding the right way to regulate and integrate this new mode of transport and London can learn from them.

Transport for London has arguably led the world in transport innovation introducing its own contactless payment system years ago and pioneering bus and train apps, so it is only right that its leaders are open to the possibilities that the next wave of transport innovation can offer.  We look forward to working closely with them.