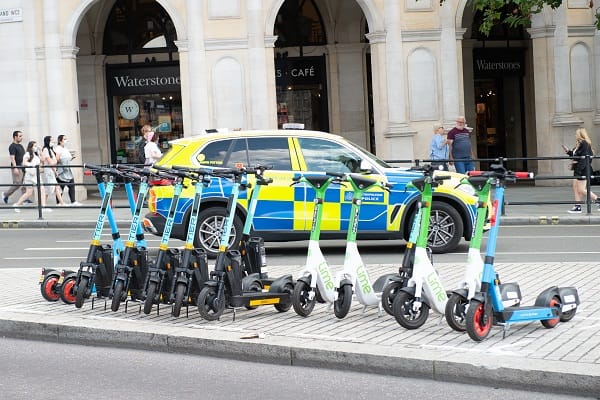 The first week of Ultra Low Emission Zone (ULEZ) expansion saw more Londoners making sustainable transport choices, with the capital’s e-scooter providers, Dott, Lime and TIER recording up to a 30% increase in new riders when compared to the previous week.

The providers also saw an increase of just under 10% in total trip numbers for ULEZ week, with Lime recording an additional 5000 e-bike rides across the capital too (when compared with the previous week)

The Mayor of London, Sadiq Khan, and Transport for London expanded the area covered by the ULEZ from central London up to, but not including, the North Circular (A406) and South Circular (A205) Roads. The ULEZ expansion, alongside tighter Londonwide Low Emission Zone (LEZ) standards for heavy vehicles introduced in March, are expected to reduce nitrogen oxides (NOx) emissions from road transport by 30 per cent across London in 2021.

Representatives of Dott, Lime and TIER said, “The expansion of the ULEZ zone will make London a healthier and happier place to live. We are proud to be offering safe and sustainable transport alternatives that can keep Londoners moving whilst simultaneously fighting congestion and air pollution in this great city.”

These initial findings demonstrate the positive impact the ULEZ expansion could have on sustainable travel uptake in London, providing another reason for Londoners to get out of their cars and experience the city by foot, bike or for hire scooter.