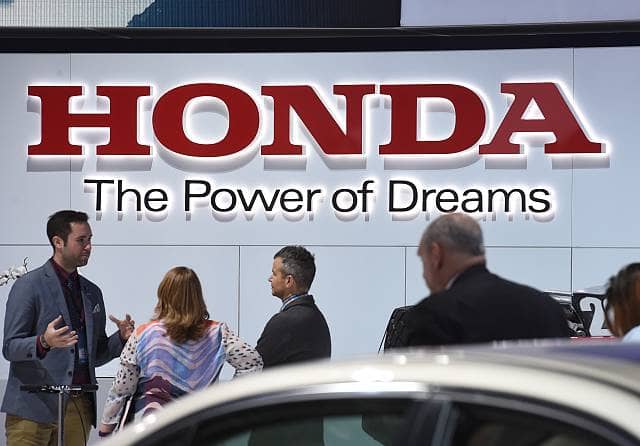 Thousands of people and Honda workers have protested in Swindon on Saturday, against the closure of the Japanese car manufacturing car plant.

The car manufacturer announced in February they are to close the Swindon plant in 2021. There will be 3,500 jobs losses with a knock-on effect that will affect 15,000 workers across the supply chain.

A Unite union spokesman said, “The thing for us is sending a message to Honda in Japan that this is a community that won’t sit back and allow car manufacturing in the town to end.

“There’s a real upbeat atmosphere and people are firmly of the belief that there is an alternative and the plant can stay open.”

And we’re off #SaveHondaSwindon. Let the workers know you stand with Honda Swindon. pic.twitter.com/qALUgoXKPJ

A Honda spokesman said they recognise it is an “unsettling time” for the community, however

he stressed “it is not appropriate to pre-empt the outcome.”

Len McCluskey, general secretary of Unite said the manner in which the workers found out about the Honda closure was “nothing short of disgraceful.”

Speaking to protestors on Saturday McCluskey said, We’ve got no intention of allowing this company to close our plant.

“For nearly 35 years this world-class workforce has delivered a fantastic profit and significant profitability for this company.

“We have strong viable alternatives to put to the company and I’m pleased to say the Secretary of State (for business) Greg Clark has committed his support to the alternatives.

“We’ll be travelling to Japan with the Government in order to meet the highest individuals in Honda and press them once again to keep the plant open.”

1/2 Swindon and the UK know that Honda Swindon is a world class plant, with a world class workforce. The economic shock of Honda closing will not just be felt by thousands here in Swindon but it is estimated to wipe £1.5bn from GDP and £48m lost in tax. #SaveHondaSwindon pic.twitter.com/Y8YlYS5CDa

James Lenihan, a partner at Thompsons Solicitors in Bristol said they have had a long history supporting workers at the Honda factory on behalf of Unite.

He said, “People have travelled for miles to be here today, all with the same message. Save the jobs, save the supply chain and keep the UK at the forefront of advance manufacturing.

The Honda spokesman said, “We recognise this is an unsettling time for our associates and the local community. We are consulting on this proposal with our associates and their representatives. It is not appropriate to pre-empt the outcome of this consultation or comment on its activities.”