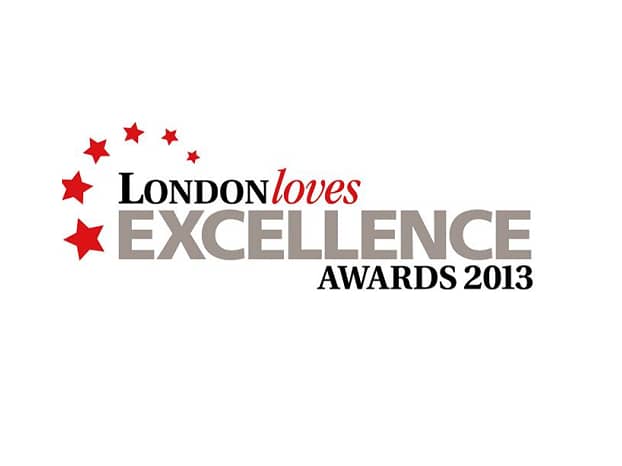 THE WINNERS of the London Loves Excellence Awards 2013

A huge congratulations to all these amazing, inspiring and hugely successful companies and entrepreneurs

Vestra Wealth is the UK’s fastest-growing boutique investment firm. Profits have grown by a stunning 259 percent year-on-year. It was founded in 2008 and already boasts a portfolio worth £3.5 billion. It’s determined to provide a serious alternative to big banks. This was a tough category, but the judges were dazzled by Vestra’s very rapid growth and potential to rival the major financial players.

Ink connects brands with travellers throughout their entire journey, by producing in-flight magazines and targeted adverts on passenger emails and boarding passes. It’s won multiple awards and clients include easyJet, Thomas Cook and Eurostar. Profits have grown 60 percent year on year. The judges were impressed that its magazine operations have grown as the publishing industry has shrunk, and thought the company had shown real forward-thinking by coupling its publishing operations with smart technologies.

You’ve probably driven past FM Conway by the side of London’s roads and motorways. It provides infrastructure services for London’s transport networks, built environment, public spaces and venues. Turnover has grown 40 percent since 2008, with revenues of £138 million last year. It’s spent £25 million on recycling infrastructure since 2005. The judges described it as a very solid company with a clear vision. They were impressed by its focus on recycling, and significant revenue growth.

Addison Lee is the UK’s biggest minicab firm, with a 2011 turnover of £127 million. It’s pioneered technology to improve customer experience, and has recently added a private jet service to its chauffeured vehicles and courier services. In April it was acquired for £300 million. Addison Lee was acquired the weekend before our judging day, and it’s no surprise the judges describe it as a tremendous company that has consistently gone from strength to strength. As one judge pointed out, it was one hell of a move to challenge the London black cabs.

Pret’s turnover is £443 million, and sales growth has averaged 15 percent a year for the last decade. It raised £1m for the homeless last year and runs an apprenticeship scheme for homeless people. The judges all spoke first-hand about Pret’s fantastic customer service, and praised its impressive HR and recruitment policies. They praised Pret’s internationalism – the company has almost 70 overseas stores in addition to more than 250 in the UK. They also felt Pret had stuck to its core vision while expanding at a significant rate.

Aveva – not the insurance business! – is an engineering software provider to the plant, power and marine industries. This very international FTSE 250 company had a turnover of £196 million last year, up more than £20 million on the previous year. More than two thirds of sales are from recurring revenue. The judges were unanimous in choosing Aveva as their winner. They praised Aveva for achieving significant growth as it approaches the £200 million turnover mark. and its successful diversification and internationalism.

SPECIAL MENTION: TeamSport – for its outstanding work getting young people into jobs

Brasserie Bar Co is the parent company of premium casual dining chains The White Brasserie Company, Chez Gerard, and Brasserie Blanc, Raymond Blanc’s French chain. Staff development is a major focus, and sales have grown by 30 percent in the year to June 2012 following the acquisition of seven new restaurants. The judges had very positive first-hand experiences in its restaurants, and attributed the great customer service to the employee focus of the company, They noted that 72 percent of shareholders actually work for the group. They praised the apprenticeship scheme, and felt that Raymond Blanc’s hands-on involvement helps guide the company and inspires young staff.

Entrepreneur of the Year – Supported by BDO

After failing her A-levels and becoming a pharmacy assistant, Karen retrained several years later as a pharmacist. Her first company significantly reduced wait times for NHS leukaemia patients. Her second, specialist pharmaceutical manufacturer ITH Pharma, launched in 2008, and came 14th in this year’s Sunday Times Fast Track.The judges felt Karen demonstrated the determination and risk-taking nature that define true entrepreneurs. She has a strong entrepreneurial legacy, having sold a previous company she built from scratch, and proves that British manufacturing can still produce gold. Over the last year she’s grown turnover by 30 percent while doubling profits, and it speaks volumes that her core management team of 15 staff have stayed with her for on average 10 years each.

Young Entrepreneur of the Year

Apprentice of the Year  – Supported by EAL

The judges were particularly impressed that Elliot had become involved in work outside the remit of his apprenticeship that resulted in Kier Harlow winning an £86m contract. He is clearly a high-flyer and is committed to developing himself.

Having started work aged just 15 to pay the bills, this entrepreneur has gone from being an apprentice to running one of London’s most recognisable mid-market companies. He’s built a fantastically successful business in a decidedly unfashionable industry, and created an up-market brand in a less than trustworthy trade, winning him celebrity fans such as Take
That and Bobby Davro. He has done a huge amount to support apprenticeships, and also does lots to support older workers. In fact, he claims his 72-year-old PA is the longest-serving employee in London. He’s built a real family business and counts his daughters, sons and grandsons as team-members. He does a great amount of charity and social work – he’s a patron of the Prince’s Trust, and also supports the Rhys Daniels Trust, GOSH, Cudece Cancer Care, Help a London Child, Cray Wanderers and Lynn AC Boxing.

The founder of that Addison Lee is a true entrepreneur. He started Addison Lee with just one car in 1975, having been a minicab driver trying to make ends meet. Today, Addison Lee will turns over £170 million. Addison Lee is a real family business, with both this entrepreneur and his late business partner’s sons and nephew taking lead roles in the business. In April, Addison Lee was sold for £300 million to Carlyle Group, with both families retaining small stakes. The original founder has driven the company to huge success since starting with nothing, and redefined London’s taxi culture in a hugely competitive market.

As chosen by our incredible judging panel…

(Nb. The Special Achievement Award was chosen by the London Chamber of Commerce & Industry and LondonlovesBusiness.com)

Watch LondonlovesBusiness.com for our commentary on the fun, stunning, inspiring gala dinner, to follow shortly…

And if you haven’t yet, sign up for our FREE NEWSLETTER!