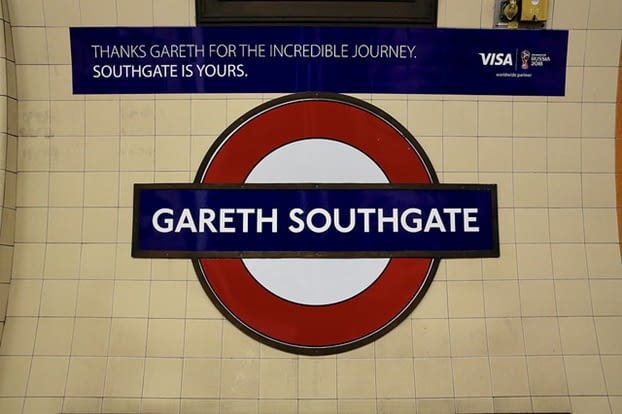 The success of the England football team and its young manager Gareth Southgate has sparked a rush among students to sign up for football coaching degrees, according to academic experts.

Bosses at the University Campus of Football Business (UCFB), which runs courses from bases at Wembley Stadium and Etihad Stadium in Manchester, say they’ve seen a huge spike in applications for places on their football coaching degrees since the start of the World Cup campaign.

Academics at UCFB today reported a 72% increase in applications for football coaching degree courses since the World Cup kicked off, versus this time last year – with the majority of that surge landing in the last three weeks.

Since the World Cup began, students applying to football coaching degrees at UCFB’s Etihad Campus have doubled year-on-year. And at UCFB’s Wembley campus there has been an increase of 56% in the same period.

There has also been a 173% boost in people expressing an interest in studying a football coaching degree at UCFB since the World Cup started.

Brendan Flood, chairman of UCFB, co-founder of Orlando City FC and director at Burnley FC, attributes the dramatic increase to the ‘Gareth Effect’.

Brendan said: “The England football team has rejuvenated this country’s interest in international football with its endeavours at the World Cup. And, clearly, Gareth Southgate has had a similar impact on those football-loving students who are considering a career in the game.

“We’ve seen record numbers of applications for places on UCFB courses to study football coaching degrees across both campuses at the Etihad in Manchester and Wembley – with a big surge coming since the England team began its World Cup adventure.

“Gareth Southgate has quite rightly been lauded for his attitude to the game and the refreshing way he has brought together this England football team. That ‘Gareth Effect’ is there for everybody to see in the record number of students now wanting to get into the football coaching side of the game. Who knows – one of those studying on a UCFB coaching course could well be a future England manager.”