Home Business News The Apprentice: Remember that one? Our week-by-week round-up 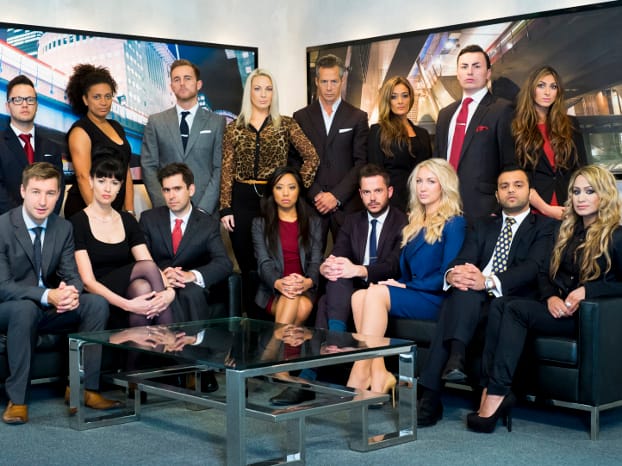 The Apprentice: Remember that one? Our week-by-week round-up

Missing it already? We’re here to remind you of the hiring, the firing, the dire and the inspiring

They’ve sold camper-vans, created their own ready-meals, set up matchmaking websites and even gone product-hunting in Dubai; but after 12 weeks of pitching and bitching it was Leah Totton who ousted Luisa Zissman in last night’s final episode to become the ninth winner of The Apprentice.

Following in the footsteps of names such as LondonlovesTalent Awards chair of the judges Tim Campbell, Lee McQueen, Ricky Martin and Stella English (maybe not her), Leah will be going into business with Lord Sugar launching “Dr Leah”, a chain of botox clinics across the UK.

It’s been another successful series for The Apprentice with steady viewing figures, and two high-quality finalists. This is our round-up of each of the eliminations throughout the twelve weeks – and our take on whether Lord Sugar made the right call.

The oldest candidate this year, 41-year-old Jaz made the classic Apprentice mistake of volunteering as project manager in week one, leaving herself on a bit of a hiding to nothing. Failing project managers are usually always the ones to depart in the first week, and despite hailing herself as “the Brad Pitt of the Teacher Training Industry”, she was more Oceans Twelve than Fight Club…

Who should have gone: Jaz

Once Tim managed to contain his delight at being moved over to Evolve to project manage a team of seven women, he set to work on producing a rather unusual rhubarb-and-caramel-flavoured beer. This concoction might only usually be seen on a pregnant woman’s shopping list, but the failure of the task actually fell more upon Francesca, who mixed up basic maths when it came to the ingredients, with two kegs of beer having to be thrown away. However, a combination of weak leadership and failing at a drinks task (an area close to his proposed business plan) left Tim to bite the bullet.

Who should have gone: Francesca

After having as bad a start to the season as QPR did in the Premier League, Lord Sugar warned the girls on team Evolve to up their game, having suffered two heavy defeats thus far. This time it was Sophie who faced the chop, having hidden in the background for much of the first three tasks.

Here at LondonlovesBusiness.com we have a bit of sympathy for Sophie, who struggled to get herself heard among some stronger voices in the team, and think it should have been PM Natalie who went. Not for the first time, Luisa sensed weakness in her project manager and took over the task, and for that reason Natalie should have gone.

Who should have gone: Natalie

It was all change in Week 4 as the girls and boys were mixed up.  While this led to team Evolve’s first victory, it was one of their previous members, Uzma, who was caught in the firing line. Kurt’s enthusiasm for milkshakes may have been the failure of the task, but it was in stark contrast to Uzma, who had all the enthusiasm of a turtle in a race. It was for that reason the finger of doom loomed.

Who should have gone: Uzma

Like Nev from “The Call Centre”, Zeeshaan took inspiration from Napoleon. However, on this task he came up more than a little bit short. It was Kurt, though, who got caught short with his centimetres and inches caught in a muddle, ensuring that the UAE flag the team was supposed to purchase was too small, and leaving team Endeavour rather red-faced.

Who should have gone: Zeeshaan

I know all of these candidates have been fired but it would be nice if one of them could smile! There wasn’t much to smile about for either team as they provided a corporate away-day for both Barclays and lastminute.com in Week 6.

The blame was rather unfairly placed on Rebecca for pushing for a motivational speaker for £600 (team Evolve lost by just £500), but she had to this point taken a “behind the scenes” role in tasks, often in the kitchen and not really taking charge and pushing herself forward enough.

Other candidates were perhaps more culpable, but Rebecca hadn’t really lived up to her “take no prisoners” mentality.

Who should have gone: Rebecca

It was double-trouble for Kurt and Natalie. After several weeks of underachieving and not really selling much, Kurt’s laid-back approach to selling, poor product purchasing and lack of enthusiasm for anything other than milkshakes finally curdled his milk.

With drama following Natalie around – much like her separated-at-birth twin, Mandy from Eastenders – it was no surprise she left after previous warnings from Lord Sugar. Both candidates had underperformed in recent weeks and for both of them their time was up.

Who should have gone: Kurt & Natalie

Unfortunately for someone as calm and softly spoken as Jason, winning The Apprentice was never going to be a possibility without showing the creative side that Tom Pellereau showed in series seven. Despite performing well in the previous task, coming second only to Neil in his sales figures, PM Jason was overawed on this task. Luisa pounced, seizing the PM position from Jason for the first time in Apprentice history and ensuring his days were numbered.

This did, however, lead to Lord Sugar’s first “with regret” firing of the season, but we doubt that made Jason’s taxi ride home any more pleasant.

Who should have gone: Jason

Unfortunately for Alex and his eyebrows, this was
the end of the road as his run on The Apprentice came to a screeching halt in Week 9. Being swayed by the rather smug Myles to take on his “Deadly Dinners” idea proved to be Alex’s undoing, with retailers unconvinced it would sell to parents. If Alex had stuck with his idea of a more continental cuisine designed to educate children, he may have fared far better.

The final nail in Alex’s coffin was when he revealed his business idea was in the legal arena, an area he had no previous experience in.

Who should have gone: Myles

With just six candidates remaining, Lord Sugar brought things back to the start, with the guys taking on the girls. In this task PM Myles opted for a risky strategy of high-ticket items selling at bigger margins. The girls thrived, selling a variety of fashionable products perfectly targeted at the Shoreditch market they were set up in.

It was Myles who fell on his sword in the boardroom, but Jordan’s decision at the end of the task to invest their small profit on a designer vase dug it in all the deeper. Following the revelation in the boardroom that Jordan already had a business partner, and despite thinking Myles was most culpable in Week 9, we think he should have been given one last grilling from the interviewers in Week 11.

Who should have gone: Jordan

“You’re a parasite, this interview is terminated”. Claude Littner delivered again with the one liners and Jordan was lost for words. Offering 15.39% of a business he didn’t own to Lord Sugar, based on a gentleman’s agreement, it’s a wonder Jordan got as far as he did!

Neil, on the other hand was a very strong candidate, consistently delivering the best sales figures, and showing a no-nonsense approach that perhaps would have allowed him to win the show in previous series. Unfortunately for this Goals Soccer Centre employee, the goalposts have now moved, and his online estate agent idea was the ultimate own goal.

Finally there was Francesca. A strong candidate with a great idea for a business, based on current fitness dance crazes such as Zumba. However, questions were asked over her current business turnover of £5m and how scalable her business was. Though it was with regret, dancer Francesca was forced to exit stage right.

Who went: Jordan, Neil and Francesca

Who should have gone: Jordan, Neil and Francesca

It may be quite difficult to find a “work-safe” picture of Luisa, but you can’t deny her business acumen, having already opened three successful businesses. Luisa’s business plan was certainly the safer option – but her temper, stubbornness and media portrayal may have been what led Lord Sugar to pick Leah. You also have to question why somebody with three successful businesses is willing to give away 50% equity in a fourth.

“Bakers Toolkit” sounds like a great business, though, and we here at LondonlovesBusiness.com would be surprised if Luisa didn’t start her business regardless!

Who should have won: Leah