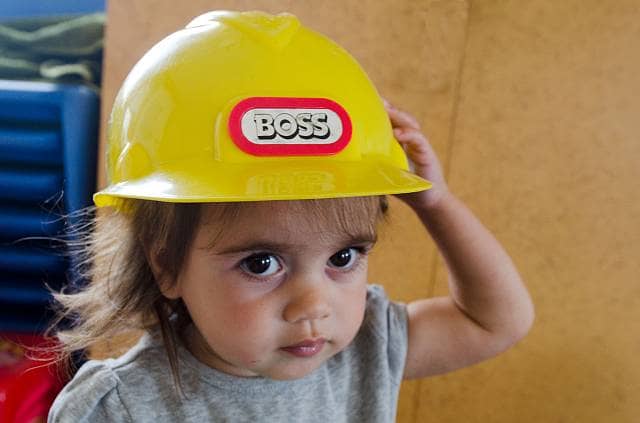 The 10 women ruling the tech sector in the world

Women founders are currently killing it in the technology sector, figures from ABCD Agency have shown.

With 50% less access to funding and with only 7%of venture capitalist money supporting their products, women who are financed typically perform 63% better than their male counterparts.

Take a look at these rockstars in tech:

There is a trend for women to be less and less interested in coding the older they get, and women today are actually less involved in computer science than they were in the 1980’s. Inversely, technology is one of the fastest growing industries, with 1.4 million jobs predicted to be available by 2020. U.S. graduates are projected to fill 29% of those jobs, with women estimated to fill just 3%.

This is where Reshma Saujani steps in. Her incredible non-profit initiative, Girls Who Code, focuses on girls between the ages of 13-17, which is where the biggest drop in interest occurs. By encouraging more girls to code and learn about computers while they are young, Reshma hopes to empower more women to become ‘change agents’ in their communities and to actively contribute to an economy which they largely make up: the Internet.

One of the pioneers of #FemTech, Ida Tin has created a product that has filled a huge and largely unspoken gap in the market—female sexual health. Her app, Clue, allows women to easily track their monthly cycle with a user-friendly, intuitively designed app that fits in with women’s daily, or monthly, lives. Tin’s vision for her product was to take menstruation “out of taboo land” and to start “a reproductive health revolution.”

“So long!” mysteries of womanhood, “Hello!” awareness and empowerment! This app will improve the life of anyone currently experiencing monthly cycles, and for that we can thank Ms. Tin.

Anu Duggal is a successful serial entrepreneur turned founding partner of Female Founders Fund. The company’s focus is on areas where women have the most impact which, as we already learned, means e-commerce and other web-enabled products and services.

Self-described as “an early-stage fund investing in the exponential power of exceptional female talent,” Female Founders Fund seeks to address the issue of women receiving significantly less financing than men. Their motto: “It’s not just about women. It’s about talent.”

Ayah Bdeir is the owner of New York City based startup that provides the ‘Lego of electronics’ as well as a high-profile speaker on the importance of creating gender neutral STEM/STEAM tools for children and adults alike. Bdeir has been recognised by Fast Company as one of the “Most Creative People in Business,” and was named a fellow by Creative Commons. Her work with open source hardware and the democratisation of technology has made her a pioneer of the Maker Movement, earning her endless respect within the technology sector.

Her product, LittleBits are easy to use, snap together modular building blocks which enable users to easily create any invention that comes to mind.

As only the second female founder ever backed by Grazia Equity, you know Melanie Mohr has something special to offer the world. Her new company,YEAY, is like “eBay and Snapchat had a baby.”

The app provides a platform for users to sell items with vertical videos, a game changer for the current mobile shopping market. With female leaders primed to take over the e-commerce world, expect to see big things from Mohr and her young company. “Mobile video shopping is the future,” says Mohr. “In five years, traditional e-commerce websites will be the same as how we look at mail-order catalogues now.”

The pair have spoken widely and publicly about the challenges being female founders, and business owners in general. Their article “Beware of Startup Prostitution” is a good read for anyone thinking of starting a “glorified small to medium enterprise.” They give well grounded tips for entrepreneurs that are based on their own experience.

Akiko Naka is the founder and CEO of social recruiting site, Wantedly. Naka’s advice to female entrepreneurs is to, “not be too conscious about your gender,” and to hope that you gain an advantage in terms of publicity for being a minority in your industry. She created her product to help reduce the amount of people unhappy in their careers.

Aisha founded SweepSouth in South Africa in 2014 with her husband, to assist homeowners find reliable and trustworthy employees to help with chores and housework. The platform allows homeowners to quickly and easily arrange a house cleaning service and aspires to bring new tech to an industry that is lagging behind the times.

Although a female founder in her own right, Pandor also credits the complementary skills of her business partner, her husband and co-founder, Alen Ribic.

Another one of the big players, this app reportedly boasts 60 million users who are all looking for love, friendship and community in China with Zhang Sichuan’s Momo. After graduating from South China Normal University with a Graphic Design degree, Sic Zhang has proven herself to be an incredible business woman, showing that an MBA is not a requirement to excel in your career.