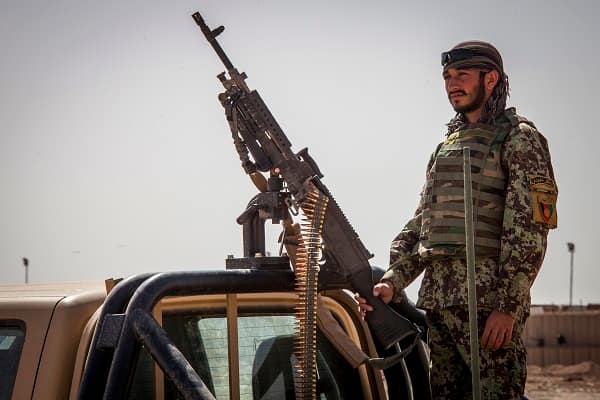 The Taliban are demanding that Prince Harry should be put “on trial” for committing “war crimes” after his admission he killed 25 and did not think of those as “people” but as “chess pieces” which were removed from the board.

There are claims that Prince Harry killed people in an airstrike at a market in the village of Yakhchal, and there are growing calls for him to be prosecuted by the international community.

He added that Harry’s admission will impact relations between Britain and Afghanistan because a member of the Royal Family “committed such crimes.”

Mullah Abdullah, whose father was killed in an airstrike at a market in the village of Yakhchal said that as a result of the airstrike they lost “family members.”

It is worth noting there is no evidence currently, which proves Prince Harry was responsible for this airstrike on Yakchal.

Abdullah, said of the attack in Afghanistan’s Nahr-E-Saraj district, “We ask the international community to put this person [Harry] on trial, and we should get compensation for our losses.”

Speaking at his father’s grave, Abdullah added, “We lost our house, our life and family members. We lost our livelihood and also lost our loved ones.”

The Bravo Two Zero author warned that “extremists don’t care how they get to targets” and that they have “long memories” and they do “have people in the US” where Prince Harry lives with his family.

Samiullah Sayed, a deputy director of education in Helmand province, said Prince Harry is not the only one who “invaded Afghanistan” and committed “the same crimes.”

Sayed said, “As an independent nation, we will never ever forget the brutality, savagery and their cruelty that they performed against our nation and our people.”

Admiral Lord West, a former head of the Royal Navy, told the Sunday Mirror, “The Taliban will be reading [Harry’s claims about killing fighters and] thinking there’s this prince calling us all chess pieces and is quite happy about killing us.

“And there will be a lot of people, I am sure, in Islamic State and other terrorist organisations, who will think this is something which should be avenged.”