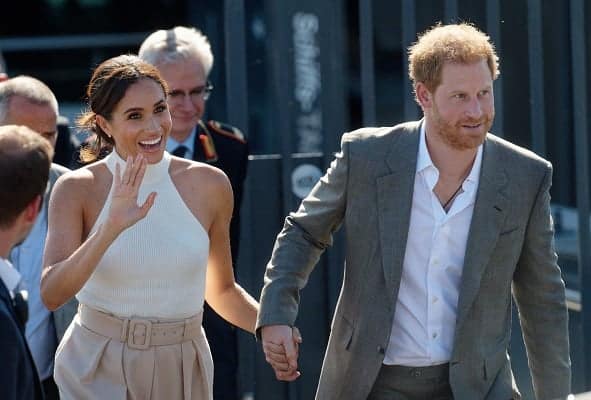 Former counter terrorism and intelligence expert who has advised the German Federal Ministry of Defence has warned that Prince Harry has now endangered everyone at the Invictus Games which is due to be held in Dusseldorf this year.

Prince Harry’s comments has now made the Invictus Games a “security nightmare” and a former veteran who was in the game in 2014 has called the Duke of Sussex a “disgrace.”

Former German intelligence expert Stefan Bisanz, said, “Everyone who has invited him to attend a conference or an event – Prince Harry has now endangered them all.

“They all now really need to rethink their security measures, which definitely includes the Invictus Games.

“I would say that, based on what he has just done, the security threat to Prince Harry is now almost as great as to Salman Rushdie.

“He has potentially even put himself right up at the top of their hitlist.”

The Mirror reported that former Colour Sergeant Trevor Coult, 47, said, “Harry’s comments will have completely jeopardised security at the Games.

“Harry’s comments would have made the security a nightmare.

“I wonder if he was thinking about this when signing his multi-million pound deal.”

Former admiral of the Royal Navy and First Sea Lord, who also served as a security advisor to the former Prime Minister Gordon Brown has given some grave warnings over Prince Harry’s comments that he killed 25 Taliban in Afghanistan.

Admiral Lord West called Prince Harry “very stupid” for revealing such details and warned “the Invictus Games” which are due to be held in “Dusseldorf, Germany this year will now have “serious security issues” because it is directly connected to the Duke of Sussex.

The former security advisor warned that “in Islamic State and other terrorist organisations” they will be thinking that they “will want to do something.”

Mikey Hall, 47, who competed in the first Invictus Games in 2014, said, “I don’t want him there any more because he is destroying himself and the Royal Family.

“I met Harry twice and I thought he was a good lad, very down to earth. But now he seems like a complete and utter idiot and is just making a fool of himself.

“He is a disgrace to him, the family and veterans, saying he has killed 25 people as a veteran. He has only done that to sell books.”