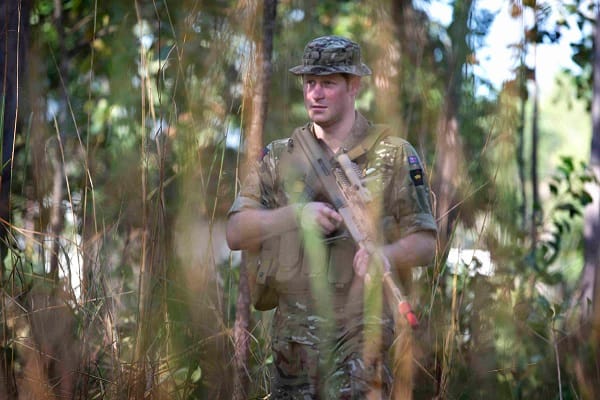 There is now a very real risk that Prince Harry could be targeted by Islamist terrorists which do have a wide global reach.

Military commanders have hit out at Harry over his explosive comments, and he has been warned that the Taliban could now be “motivated to kill Harry.”

Colonel Kemp added, “The other problem I found with his comments was that he characterised the British Army basically as having trained him and other soldiers to see his enemy as less than human, just as chess pieces on a board to be swiped off, which is not the case.

“It’s the opposite of the case.”

He further warned that memories of the war in Afghanistan have now been “resurrected” over his comments in his book and said the Taliban could now be “motivated to kill Harry.”

Colonel Kemp who retired in 2006 added, “Let’s hope they don’t succeed and I’m sure he’s got pretty good security, but that’s one problem.”

The former British national security advisor, Lord Darroch said he would have “advised against the kind of detail that he goes into.”

He added, “But it’s out there now.

“In terms of the detail I personally wouldn’t have gone there, but it’s done now.”

Harry said, “It wasn’t a statistic that filled me with pride but nor did it make me ashamed,” he writes.

“When I was plunged into the heat and confusion of battle, I didn’t think about those as 25 people. You can’t kill people if you see them as people.

“In truth, you can’t hurt people if you see them as people. They were chess pieces taken off the board, bad guys eliminated before they kill good guys.

Adam Holloway, the Conservative MP for Gravesham who fought in Iraq for the British Army, wrote in the Spectator that many soldiers did not think it was appropriate to publicise their kill count.

“It’s not about macho codes. It’s about decency and respect for the lives you have taken,” he wrote.

Prime Minister Rishi Sunak refused to comment over Prince Harry’s 25 kills claim, he added that he was “enormously grateful to our armed forces.”

A Ministry of Defence (MoD) spokesperson, was asked about the Harry’s kill number, said, “We do not comment on operational details for security reasons.”