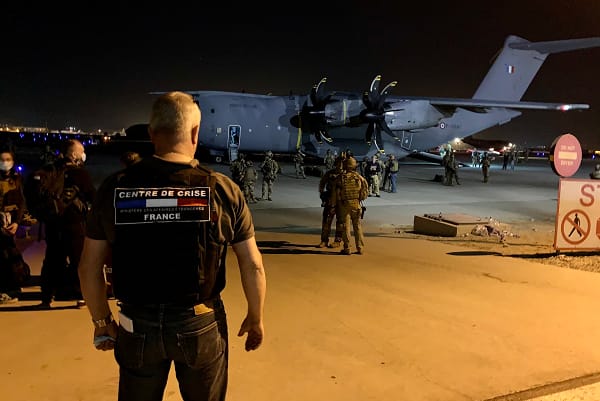 The Taliban have said on Tuesday afternoon that they do not “want fighting in Afghanistan” and they want “security and peace.”

The Taliban’s group spokesman Zabiullah Mujahed said that no one will be threatened which includes “foreign diplomats in Kabul”and US commanders are in communication with “Taliban leaders.”

Mujahed said, “We don’t want fighting in Afghanistan and we don’t want our nation to see the consequences of fighting.

“Right now our priority is to maintain law and order in Kabul. Since we have taken over Kabul we are facing some problems regarding law and order. Some miscreants are trying to create problems.

“Security and peace in Kabul is our top priority.”

This includes foreign diplomats in Kabul and that no one will be threatened, he then added that he can also “assure the world,” including the USA, that Afghanistan soil will not be used against any country in the world.

The former President Ashraf Ghani who has fled his country has now temporarily been replaced by Amrullah Saleh who served as the first Vice President.

Saleh said on Twitter, that under Afghanistan’s constitution, in the “absence, escape, resignation or death” of the President, the first Vice-President “becomes the caretaker” president.

Saleh added, “I am currently inside my country & am the legitimate care taker President. Am reaching out to all leaders to secure their support & consensus.”

Clarity: As per d constitution of Afg, in absence, escape, resignation or death of the President the FVP becomes the caretaker President. I am currently inside my country & am the legitimate care taker President. Am reaching out to all leaders to secure their support & consensus.

The Taliban have not as yet responded to Saleh’s claims that, but they are due to hold a news conference later today.

The US Pentagon has confirmed that the US military have had positive contact with the Taliban today.

John Kirby, assistant to the secretary of defence for public affairs, confirms commanders at Kabul Airport said that they are in communication with the Taliban “at the local level.”

Kirby added, “We are processing American citizens to get out.

“Thus far, and it’s early on, the results are speaking for themselves.

“Our commanders in the operation have had communication with Taliban leaders.”

General William “Hank” Taylor confirmed there has been “no hostile interaction,” with the Taliban and there have been no attacks and there is no threat by the Taliban to the operations at Kabul Airport.

General William told a news conference, “We are confident we have taken the right steps to resume safe and orderly operations at the airport,” and there primary objective is to get personnel out of Afghanistan “as quickly and as safely as possible.”