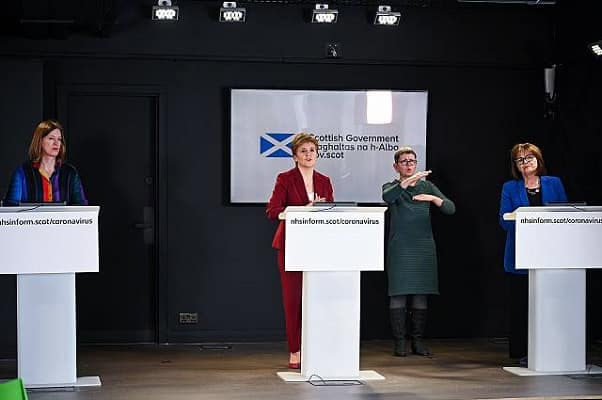 Sturgeon said that new data has resulted in soaring cases which now totals 18,030 from 15,755 on Sunday.

She said, “Up until now we’ve only been able to publish testing results that come from NHS Scotland laboratories.

“We’ve been able to report the total number of tests carried out by facilities run by the UK government, for example, the drive-through centres and mobile testing units, but we’ve not yet been able to publish the breakdown of positive and negative results.

“Though I should say for the avoidance of doubt, the individuals tested have been notified directly of their results.

“Public Health Scotland has been working with the UK government to rectify this issue and from today we are able to provide daily figures for all tests in Scotland.”

She added, “For example, we see that of those people tested in the 24 hours up to eight o’clock this morning, 29 positive cases were confirmed.

“Of those 29 cases, nine were from tests conducted at UK government facilities, and 20 were from NHS Scotland facilities.

“So, in total there have been 18,030 confirmed positive cases in Scotland since the beginning of this outbreak.”

With the data provided by the British government there are 2,275 confirmed new cases of the virus in 24-hours.