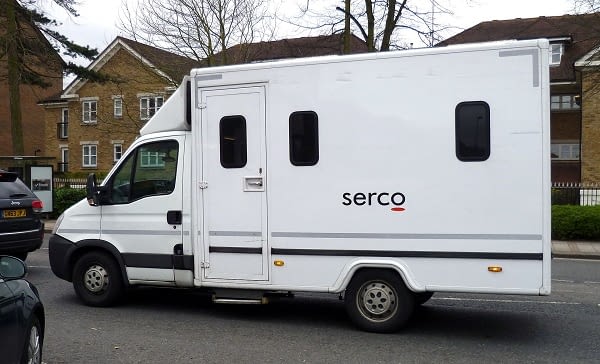 Serco the outsourcing giant has been fined £19.2m and will also pay £3.7m for an investigation undertaken by the Serious Fraud Office (SFO) over electronic tagging scandal.

Serco were fined after they over charged the government for tagging contracts and the £3.7m to pay for the probe is part of a deferred prosecution agreement (DPA).

Serco said they are “mortified” and said their UK subsidiary Serco Geografix took responsibility for three offences of fraud and two of false accounting between 2010 and 2013.

Despite the serious offences no one, not even Serco are going to face any criminal charges. Previously Serco paid the Ministry of Justice (MoJ) £70m in a settlement.

Lisa Osofsky the director for the SFO said, Serco had “engaged in a concerted effort to lie to the Ministry of Justice in order to profit unlawfully at the expense of UK taxpayers.”

However, due to Serco’s “extensive corporate reform and other remediation” the deal was agreed.

Serco group chief executive Rupert Soames said, “Those of us who now run the business are mortified, embarrassed and angry that, in a period between six and nine years ago, Serco understated the level of profitability of its electronic monitoring contract in its reports to the Ministry of Justice.

“Serco apologised unreservedly at the time, and we do so again.”

He added, “The management and culture of Serco, and the transparency with which we conduct our affairs, have changed beyond all recognition.”

Jessica Parker, a partner at law firm Corker Binning, said this settlement marks a success for the SFO and increasing the use of DPAs.

She added, “If approved, today’s DPA against a subsidiary of Serco will demonstrate that DPAs remain more appealing to corporates than taking a chance at trial.”

British shoppers warned ahead of the Black Friday sales, don’t...

Amount stolen through fraud spikes 30% in the first half...

Illicit activity hits UK corporates despite confidence in bribery and...