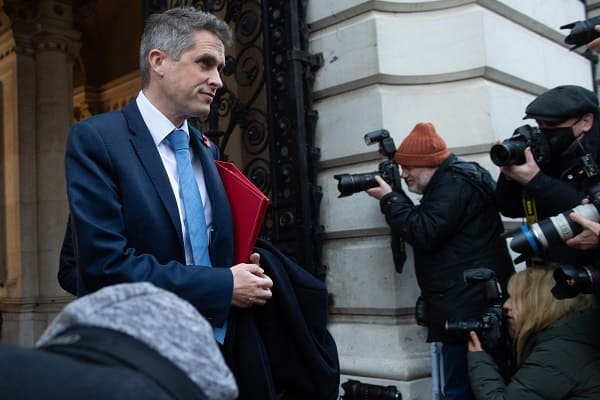 Secondary schools will not reopen until mid January, says Williamson

Gavin Williamson says ‘overwhelming majority’ of primary schools will still return on 4 January – but planned return of older secondary and college pupils will be delayed until 11 January, with everyone else back a week later. All secondary school children will return by 18 January.

The Education Secretary, Gavin Williams told MPs in the House of Commons that the “overwhelming majority” of schools will reopen on 4 January.

Williams told MPs, “Dealing with this pandemic has always been an exercise in managing risk.

“Throughout we have been adamant that the education of children is an absolute priority, and that keeping schools open is uppermost in all our plans.

“The magnificent efforts of all the leaders, teachers, and staff in all of our schools and colleges have ensures that settings are as safe and Covid-secure as possible.

“But we must always act quickly when circumstances change.

“The evidence about the new Covid variant and rising infection rate have required some immediate adjustment to our plans for the new term.”

Williamson said that primary schools in a “small number of areas” in England where the infection rates are at their highest will not reopen for in-person teaching.

He said that vulnerable children and the children of critical workers will be admitted.

He added, “I’d like to emphasise that this is being used only as a last resort.

“This is not all Tier 4 areas and that the overwhelming majority of primary schools will open as planned on Monday.”

Health Secretary Matt Hancock told BBC Radio 4’s Today programme that the government’s priority is to “protect education as much as possible.”

He added, “But the new variant does make it much easier for this disease to transmit. So we are going to protect education as much as we can.”