Home Business News Russia prevents evacuations and there are ‘many casualities’ in Mariupol with more than 2,000 Ukrainians killed 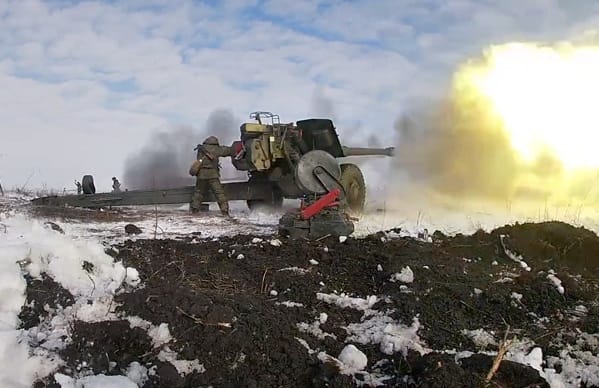 Russia prevents evacuations and there are ‘many casualities’ in Mariupol with more than 2,000 Ukrainians killed

The Ukrainian war has now reached day seven and more than 2,000 Ukrainians have been killed, not counting the defenders, the State Emergency Service has reported.

“During the seven days of the war, Russia destroyed hundreds of transport infrastructure facilities, residential buildings, hospitals and kindergartens.

“During this time, more than 2,000 Ukrainians have already died, not counting our defenders,” the State Emergency Service reported on Facebook on Wednesday.

According to the State Emergency Service, “it was possible to save the lives of more than 150 people, to eliminate more than 400 fires that arose after enemy shelling, and to evacuate more than 500 people. Pyrotechnics neutralized 416 explosive objects.”

They reported that 10 rescuers were killed with 13 injured trying to save the lives of Ukrainian civilians who were bombed by Russia.

The Mayor of Mariupol has said on Wednesday afternoon that the city has suffered “many casualties” as Russian troops have done “non-stop attacks” over 14 hours on civilian targets.

Vadym Boichenko added that Russian troops are actively preventing” the evacuation of civilians from the area under intense fire.

The city has no running water and Boichenko said that since Tuesday night there has been “intense shelling” in the city.