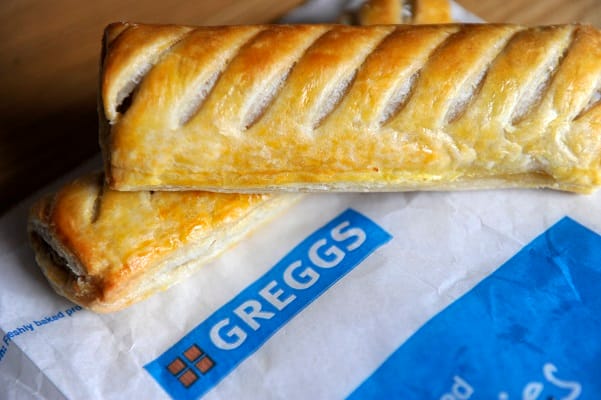 It was inevitable that the price of a sausage roll would have to go up again in the current inflationary environment, but to Greggs’ advantage is its low prices relative to many other ‘food on the go’ retailers such as Marks & Spencer.

The nation is having to get used to more expensive products and a company like Greggs has three main options to deal with this situation.

It could stomach all the extra raw material and running costs and keep prices the same, which would hurt its profit margins. Second, it could go down the shrinkflation route and make products smaller while selling them at the same price as the older, larger versions. Or it could simply pass on the costs to the customer through higher prices.

“When you’re talking current prices of a pound or so, nudging up prices by 10% or 20% isn’t going to break the bank for most customers, and so Greggs is perhaps better placed than larger-ticket retailers to cope with the current inflationary environment,” said AJ Bell’s Russ Mould.

“This year is proving to be a real challenge for consumer-facing businesses as the cost-of-living spirals ever upwards.

“A lot has been said about the concept of pricing power, whereby a company has such a strong brand that demand won’t be affected if prices go up. But when you have multiple price increases in short succession, there comes a point when demand might be dampened. It’s fair to say that Greggs has pricing power and could probably push up prices further without hurting demand.

“Yet Greggs is being overly cautious and warning of no material profit growth this year. That is going to be the case for many retailers. In fact, simply managing to match last year’s profit might be turn out to be a good result for retailers in 2022 given the headwinds to earnings.

“Even though the cost pressures and demand risks might seem painful now, Greggs has its eye on the longer-term prize which is having a much bigger business. It is laying the foundations by strengthening its infrastructure to support greater store numbers, longer opening hours and more delivery orders.

“Weaker retailers might halt such investment in trouble times, so the fact Greggs is ploughing ahead says a lot about the resilience of its business.”