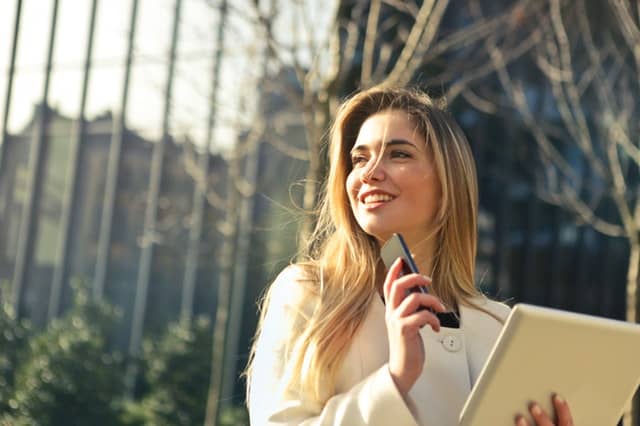 Reputation can be your biggest financial asset

The idea that a good reputation can help you is nothing new. The ancient writer Publius Syrus wrote that “a good reputation is more valuable than money” sometime in the 1st century BC, but as a modern businessperson the two needn’t be mutually exclusive. Even as part of a wider company, a good reputation provides countless benefits.

The pandemic and resulting economic fallout means entrepreneurs and businesses are under intense scrutiny. Company owners now have a target on their backs. You need only look at the news over the past few months to see how difficult consumers have it, but it’s easy to forget that companies are also desperate to keep their heads above water too.

A good reputation is something that benefits everyone – be that a whole company or a single entrepreneur. From making deals to financing themselves, and even ensuring that they have the trust of their customers, having a trustworthy name is a step on the road to financial success.

Even if your company is growing and making profit hand over fist, without a good reputation it’s challenging to get backed by banks and financial institutions. Similarly, if your company has a good name in the market, but if you as an entrepreneur are an unknown entity then the same problem arises. It’s why so many turn to companies which provide entrepreneurs PR services. If no one knows you or your company, it could be the difference between boom and bust.

This is especially important if you are trying to raise capital to facilitate further growth. Banks won’t readily issue debt to companies they aren’t certain they can trust. If you demonstrate your financial chops in the market, either in the press or through your operations, you should have no issues growing. Think of this like a personal credit score on a much grander scale.

The reverse is also true when raising capital. All investors are not created equal. You open yourself up to criticism if you accept funding from a partner with little experience in the industry, no contacts with suppliers or a poor reputation as an investor. This may end up doing you more harm than good.

Like with financial institutions, deals can be made or broken on the back of reputation. If an individual demonstrates a track record of completing deals, substantial experience starting new companies, and enough resources – either personally or through a fund they manage – then they will have a much easier time completing said deals. We need only look across the pond to Donald Trump’s election in 2016. It was in part his reputation as a dealmaker that catapulted him into the White House almost four years ago. Appearing to be business savvy can have a positive impact across all aspects of your life. Even now, we have experienced the busiest summer for blockbuster deals in almost three decades. Thirty-six deals worth at least $5bn were announced in the third quarter of this year. If an executive is known as a keen strategist, they will be able to complete hasty deals that could bring their business back from the brink.

One aspect that I haven’t touched on is a more obvious way that your reputation improves your finances. Just as a good reputation can attract funds indirectly, such as with raising capital or deal making, it also attracts and retains customers.

People are creatures of habit. If we find a brand we like, we tend to stick with it. As such, pulling people away from familiar companies can seem like an impossible task. In the 2020 Edelman Brand Trust Survey, 53 percent of respondents say ‘whether you trust the company that owns the brand or brand that makes the product’ is the second most important factor when purchasing a new brand. Trust is second only to price at 64 percent.

On a personal level, a trustworthy reputation in business is the equivalent of running downhill with the wind at your back. Clients will be easier to win, sales will be easier to make and interviews will be easier to nail. The trust of your peers is key in maintaining an excellent relationship as a businessperson and will only help you financially.

A good reputation is the skeleton key that opens the doors to financial success. Whether you are making deals, trying to grow your business by raising capital or simply trying to attract consumers, it’s easy if people have a positive perception of you. It doesn’t matter if we’re talking about companies or their employees, taking a step towards improving your reputation is a step in the right direction.