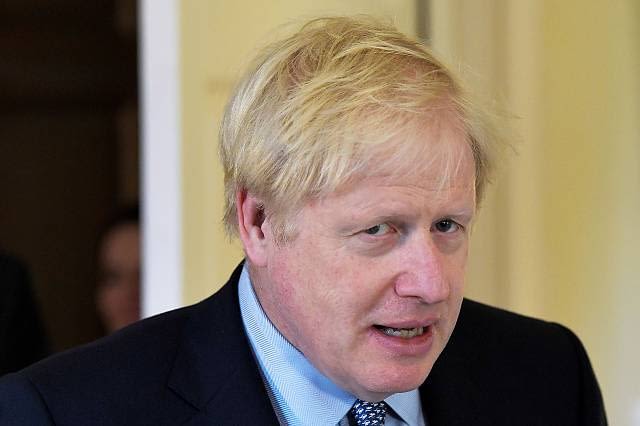 Queen will sack PM if he ignores the Benn Act

The former attorney general Dominic Grieve said that the PM “will be dismissed by the Queen” and out within “five minutes” should he ignore the Benn Act.

On Monday, Ian Blackford Westminster’s SNP leader and Jeremy Corbyn, Labour leader are discussing to table a vote of no confidence against Boris Johnson.

However, Grieve sees there is no point in holding the vote of no confidence unless opposition leaders have a clear plan on what to do afterward.

The Benn Act was created by Remainers to block a no-deal on 31 October.

Speaking with Adam Boulton on Sky News Grieve said, “I see no point in a vote of no confidence to bring down the government unless there is a settled plan on what the House of Commons wishes to do thereafter.

“I left with the slight impression that the government would quite like a vote of no confidence and it might well suit it.

“My view is the Benn Act works that the government will be compelled to seek an Article 50 extension and if the prime minister doesn’t want to do that he will have to resign.

“There is no need to form an interim government in order to get an extension under the Benn Act.

Boulton asked a hypothetical question, what would happen should Johnson have a no-deal by 19 October and then refuses to ask the EU for an extension.

Grieve replied, “He will be taken to court and he will be told to write the letter as a matter of law.

“I suspect the courts would deal with it very quickly.”

Boulton then asked, what if Johnson were to say “put me in prison.”

Grieve said, “At that stage the civil service will refuse to work for him. I assume the Attorney General will have resigned.

“It doesn’t matter if he’s his leading cheerleader the Attorney General is a good enough lawyer to know you can’t support a prime minister who is breaking the law of the land.

“If he’s not going to resign, he will be out in five minutes.

“He will be dismissed by the Queen.”