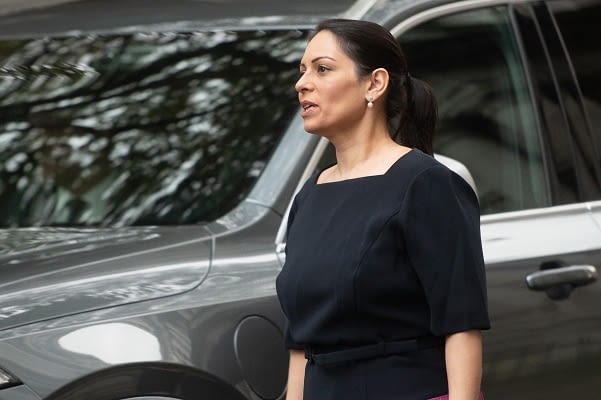 The Prime Minister Boris Johnson is “fuming” with the Home Secretary Priti Patel, it has been reported over the migrant Channel crossing crisis which saw 27 people lose their lives last week.

Johnson is reported as having lost faith and his patience with Patel and he has been advised he must now take action as it could cost him the next General Election.

A ministerial source told The Sun on Sunday said, “Boris is fuming over this.

“He’s heard a lot of talk about fixing this problem but two years on it’s even worse.”

Another source said, “It’s down to Priti.

“However, she hasn’t yet delivered and our constituents are letting us know big time.”

Patel has also been accused for not agreeing to let the Royal Navy to patrol the English Channel by the Defence Secretary Ben Wallace.

The Foreign Office has been accused of “foot dragging and indifference” as they will not send asylum seekers to another country so that they can be processed.

Speaking in defence of the Home Secretary a Home Office source said to The Sun on Sunday, “What else could anyone have done differently?

“For two years, people have been trying to water down what Priti has suggested.

“It was only because she dug her heels in that sending migrants to have their claims processed offshore even remains an option.”

Another ally said, “In the past few days the PM has seen first-hand what Priti’s been dealing with.

“He’s clearly frustrated and wants to knock heads together but it would have been more productive had this been done much sooner.”

Last night a Downing Street source said, that the Prime Minister had lost patience with the Home Secretary.

However, a source told the newspaper, “The Home Secretary has the Prime Minister’s full support.

“Some people are frustrated because this problem has been going on for a long time.”