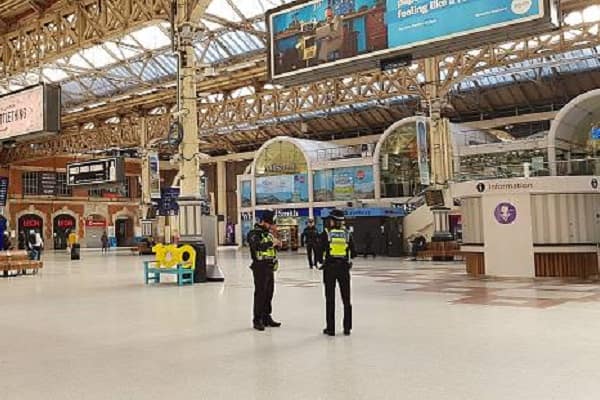 A Chief Constable has said the police will be allowed to use “reasonable force if required” to instruct those who flout the rules to return home.

Scotland’s Chief Constable, Iain Livingstone said the vast majority of people are obeying the government’s advice to stay at home.

He said his police officer have seen “overwhelming levels of compliance” since the lockdown, and the new law will most likely be used “very, very infrequently, if at all.”

Emergency legislation to give the police in the UK has now been passed by the House of Lords and the House of Commons, which allows police to arrest anyone who flouts the law and breaches coronavirus guidance.

The Police Chief said there have been cases of “extreme” behaviour, in one instance a woman deliberately coughed in the face of a police officer and was arrested.

Nick Robinson on BBC Radio Four, asked whether people are defying the guidance aimed at slowing the spread of coronavirus, Livingstone said, “No they’re not.

“In the first couple of days since the announcement on Monday night, we have seen overwhelming levels of compliance.

“We have seen citizens of Scotland, indeed right across the UK, standing up, listening to that advice.”

Where people have been ignoring the law, the Police Chief said officers been speaking to them “to make it very, very clear what the expectations are and why they need to comply with those requirements.”

Livingston added, “If they refuse, as I understand some of the legislation that’s going to be implemented, we would have power to instruct them to return home and to use reasonable force if required.

“If there is continued defiance, the absolute back-stop of a power of arrest. I would expect that to be used very, very infrequently, if at all, but I do think it is important that people know that that power is there.”

The police force will be using vehicle checkpoints in the region to ask drivers if their journey is essential, this could soon be rolled out across the UK.