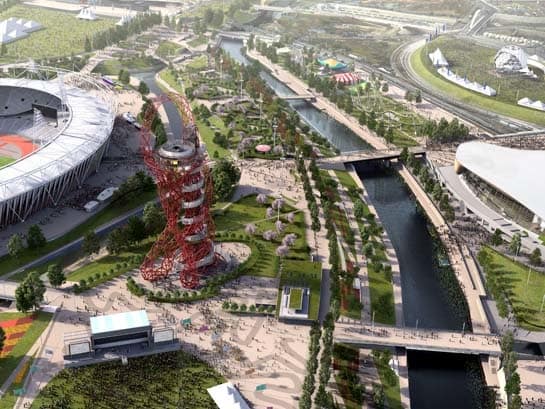 The Olympic Park is to be transformed into a world-class urban park with a “21st century pleasure garden”, bike trails and an outdoor cinema, The London Legacy Development Corporation has said.

The northern part of the Olympic Park is allocated for wildlife, 4,000 trees, 127,000 shrubs and more than a million herbaceous plants. Due to open on the first anniversary of the Games, the northern part will also come with a BMX track with bike trails, play areas for children and a café.

The southern park of the park will incorporate a pleasure garden dotted with a line of trees and a number of outdoor rooms for visitors to soak up the sun.

Phil Askew, project sponsor for landscape and public realm, said: “This will be a very significant new urban park, the largest new urban park in this country for a century.

“The south of the park will be much more urban in nature, it will be a festival-ly, bustling, busy area. When you go up to the north it’s seen as a much more verdant, green area with biodiversity and ecology as well as being a great place to have a family day out.”

Work on the southern part is due to begin in March before which the hard-surfaced concourse will be removed.

Also, the walkway between the northern and southern part of the park will be taken out giving way to amphitheatre for cinema screenings.

“Within a year of the close of the 2012 Games, the Park will be ready to welcome not only another major sporting event, but also the thousands of residents and workers who will reap the benefits of this brand new district of the capital.

“The fantastic new sporting venues are only one part of the unfolding legacy story. The Park will help drive the growth London needs to steer it out of recession and on to long term prosperity.”

Business lessons we can learn from the Olympics

Olympics 2012: After the party, cold reflection