Prime Minister Boris Johnson has placed Britain on notice for a no-deal Brexit, many businesses and individuals will act swiftly to protect their wealth by considering international options, affirms the CEO of one of the world’s largest independent financial advisory and fintech organisations.

The prediction from Nigel Green, the chief executive and founder of deVere Group, which has $12bn under advisement, comes as Boris Johnson is reported as saying that the EU has abandoned the idea of a free trade deal and unless the EU makes major changes to its stance, the UK will opt for no-deal.

Pierre-Antoine Dusoulier, Founder and CEO, iBanFirst said, “A no-deal Brexit has the potential to disrupt the operations of virtually every sector, especially those businesses making and receiving international payments. Both UK and EU businesses will be looking for a competitive payment solution when facilitating the transfer of funds across banking borders. If they use a traditional bank, they could incur a much higher cost when sending and receiving payments, due to international payment prices being incorporated into the payment fee.

“A cross-border payment solution is an attractive option to instil confidence in both British and EU companies. British businesses can convert GBP to EUR at their chosen rate via transparent spot rates on a FX platform. Meanwhile, European businesses can open a GBP account to receive GBP payments from their British customers, receive intracompany transfers from their UK subsidiaries and optimise their consolidated cash flow. European businesses can also pay their British suppliers in their own currency.”

“A cross-border payment solution will make it easier for companies to send and receive international payments between the UK and the EU, while shielding themselves from the possibility of a no-deal Brexit.” 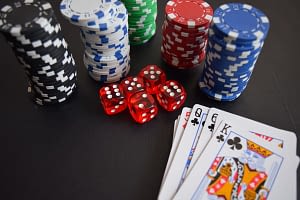