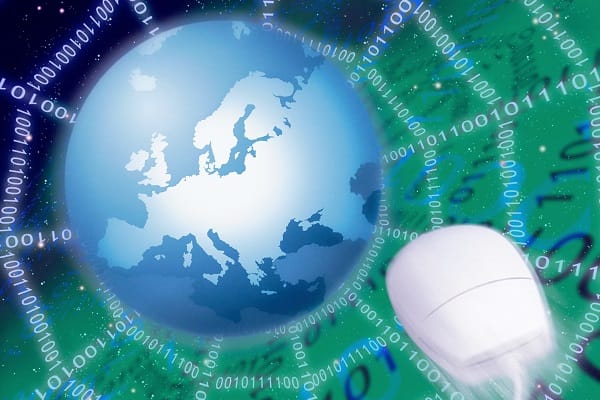 Nine countries with the fastest internet connections in the world

The internet is constantly evolving and improving. The access to information is unprecedented in history. Data can be accessed in real-time on-demand, and it has become an integral part of our lives. From our phones to our homes, the internet has a presence in every aspect of daily life and is always on, waiting for you to use it.

The internet is an ever-growing network of billions of machines, devices, and software working together to make sure your life is easier than ever. From social media to online shopping, it’s hard to imagine a world without the internet.

It is an invaluable tool that has changed the world in unimaginable ways. From instant access to information on any topic to being able to collaborate with co-workers around the world, the possibilities are endless. But not all trends are positive. There is a dark side of the internet that is just as important as its benefits these days.

With so many people using the internet to facilitate their lives, it’s easy to see how essential it is in our modern world. In fact, many of us don’t even know what we would do without it!

The internet of today is faster than ever. Especially in developed nations, it enables us to watch TV shows and movies on our phones, download massive files in minutes and collaborate with teammates in real-time via streaming video meetings.

The internet has always been a place for innovation and exploration. What’s different about today is how quickly the internet is changing. In just two decades, what was once a relatively slow and unreliable network of computers has become the most powerful tool ever seen. It’s so fast some people can now work from home, stay connected with friends, watch TV shows and movies on their phones, and download big files in minutes. The internet is no longer a place for wasting time. It’s an invaluable resource for finding information, connecting with other people, and having fun.

I think some people might be surprised to find out that other countries have even higher internet speeds than they do. It’s true that even with a premium, top-tier service, you can still find some of the fastest internet speeds in the world outside of your country.

Nowadays, it seems like the most expensive internet service is not always the fastest. In fact, the average global internet speeds are 10-30 times slower than those in the top 10 countries. This lack of speed will slow down your browsing and streaming experience.

9 Countries with the fastest internet connections in the world – 2021

Is there a correlation between internet speed and GDP?

The correlation between internet speed and GDP is not as simple as it seems. For one thing, high GDP countries are more likely to have a higher internet speed than lower GDP countries. It is also important to note that the countries with the fastest internet speeds tend to be in regions with a higher GDP per capita, such as Western Europe and North America.

It is hard to say if there is a direct correlation between internet speed and GDP because of all these factors. However, it is clear that high-speed internet does have an impact on economic growth rates.

Which countries have the slowest internet connections in the world?

The United States of America has one of the fastest internet connections globally. The average speed is 1055 Mbps. On the other hand, countries like Turkmenistan, Liberia, Guinea, and Sierra Leone have a speed of less than 10 Mbps.

Which country has the most expensive internet service?

The country with the most expensive internet service is Qatar. The cost of 1 GB of data in Qatar is $2.33.

What are the different internet “speeds” and what do they mean?

Internet speeds are the speed at which your internet connects to the web. There are a few different speeds that you might hear about, but they all have the same meaning. The three types of internet speeds are:

1) Broadband- This is the most common type of internet connection. It provides a high-speed connection to the web and is usually what people in urban areas use, as it is more readily available. Broadband connections can range from 12-200mbps, so they’re very fast.

2) DSL- DSL connections provide a slower connection than broadband, but they’re still perfect for streaming videos and social media sites like Facebook or Twitter. They range from 1-25mbps, which means that if you have a slow DSL connection, it’s best not to watch videos on YouTube or Netflix.

Why does it matter to have a fast internet speed?

It is essential to understand the importance of a fast internet speed. It is not only important for personal use but also for business purposes. These days, we are so dependent on the internet that we can’t imagine life without it. For example, many people do their banking and shopping online, as well as watch their favorite TV shows or movies online.

The quality of your internet connection can significantly impact your life in terms of convenience and cost. So it’s essential to make sure you have the fastest possible speed for your needs.