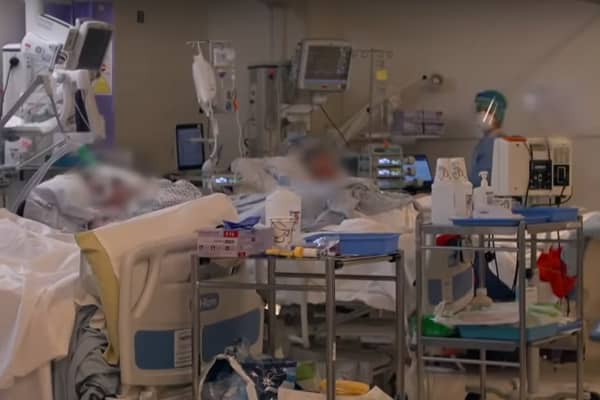 NHS doctors are being gagged over PPE shortages

WhistleblowersUK have said that more than 100 healthcare workers have contacted them over personal protective equipment (PPE) shortages.

According to the BBC, some NHS managers are trying to stop doctors to speak publicly over PPE shortages.

Newsnight have seen evidence that pressure is being applied to doctors that they cannot share their concerns.

At one NHS trust a newsletter was sent out to staff which specifically said that staff are to avoid “commenting on political issues, such as PPE”.

Another NHS trust have put up posters in staff areas telling workers not to “make public appeals for equipment, donations or volunteers.”

A doctor spoke to the BBC’s Newsnight programme who remained anonymous and said, “They hauled me up in front of a panel of senior managers – it was very, very intimidating.

“They kept on feeding me what felt like government type of lines, saying ‘this hospital has never had PPE shortages’ – which I know to be factually untrue.

“And that essentially, I should stop causing a fuss.

“There have been colleagues who’ve died at my hospital. And there have been a handful more who’ve been in ICU [intensive care units].

“It’s very, very concerning that we can’t even say our colleagues have died, please don’t let us be next.”

Another doctor said, “I was told we need positive messaging that suggested everyone in the NHS is working very hard, we are doing our best in the pandemic.

“I was told this is what we need to be putting out, not negative stories.”

Dr Jenny Vaughan, law and policy lead at campaigning organisation Doctors’ Association UK, said, “These are people who had tried the right channels.

“These are people genuinely raising concerns who went to the people who should have listened to them and felt either they couldn’t raise a concern, or they weren’t listened to.

“If you have a transparent, open culture of reporting and people feel free that they can speak up about safety concerns, it saves lives”.

“What we see time and time again in the evidence that comes back is that when an individual has raised a concern it goes straight to HR, who immediately begin to investigate the whistle-blower and look for things that they’re doing wrong rather than looking at the actual issues that they’re raising.

“The default position is an auto-immune response against the whistle-blower, and not – absolutely no intention whatsoever – to investigate or look into the allegations that they make.”

A spokesperson for the Department of Health said, “Whistleblowers perform a vital and courageous service in ensuring safe care, and no one should ever be prevented from speaking up or discriminated against if they do.”