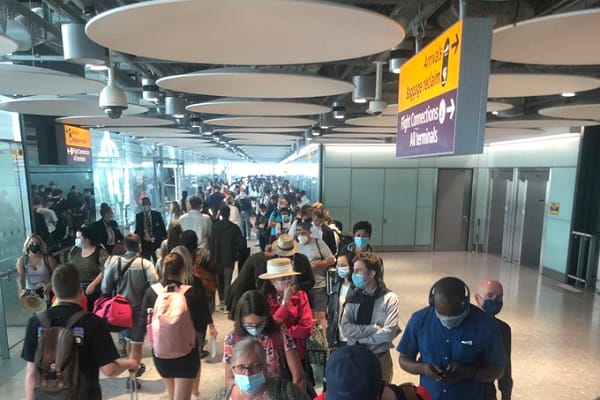 The CAA dealt with just over 360 cases of UK travellers’ lost luggage between 2017 and 2021, according to new research from Bounce.

Bounce analysed lost luggage on flights to and from the UK between 2017 and 2021 by sending a Freedom of Information request to the Civil Aviation Authority.

It should be noted that not all cases of lost luggage are dealt with by the CAA, they only deal with those cases that cannot be resolved with the airlines themselves.

The 5 worst airports for lost luggage in the UK

By far the airport with the most cases of lost luggage was London Heathrow, with 93.

Heathrow is one of the busiest airports in the world, so it stands to reason that the odd case would go missing! In fact, three of the top ten airports for lost luggage were found in the capital.

Another London airport came in second place, with 51 cases of luggage being lost in the last five years at Gatwick. Located just outside of Central London, near Crawley,

Gatwick is the second busiest airport in the country and the tenth busiest in Europe. The final London airport is Stansted ranking 5th with 7.66% of mishandled baggage cases.

The non-London airport with the most baggage loss cases and the third most overall was Manchester, with 34 cases reported to the CAA in the last five years.

Being the UK’s busiest airport outside of the capital and the third busiest in the whole of the UK, Manchester saw just under 30 million passengers in 2019.