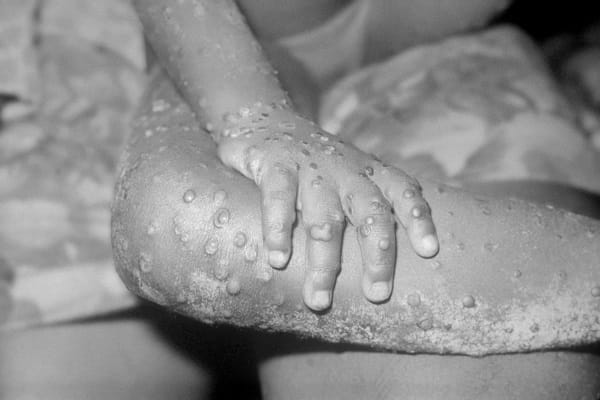 The UK’s supplies of the monkeypox vaccine were expected to have run out last week, in the face of growing global demand.

However, in an attempt to stretch-out supplies, the UK Health Security Agency (UKHSA) recently permitted the introduction of reduced doses of Imvanex/Jynneos, the vaccine used to generate an immune response to the potentially lethal virus.

As the UK’s stocks dwindle, clinics in Manchester and London are administering 01.1ml of the vaccine, rather than the full 0.5ml dose. This smaller dose is injected into the upper layer of the skin – a form of jab known as an intradermal vaccine. This requires specially trained staff who use a smaller needle and syringe to administer a much smaller volume.

However, a leading testing expert says that the public should have access to swift and inexpensive monkeypox testing, in order to monitor the efficacy of the reduced dose and to ensure people are being protected against potential infection. This particularly applies to those groups believed to be more at risk, including gay, bisexual and other men who have sex with men. This will reassure individuals and protect the community by reducing the spread of the virus.

The leading testing expert, Dr Quinton Fivelman PhD, Chief Scientific Officer at London Medical Laboratory, said, ‘No one is to blame for the shortage of the monkeypox vaccine. It was originally developed to fight against smallpox, and it was so successful that the disease is now completely extinct. However, the vaccine has since been proven to create antibodies against monkeypox, as they are both part of the same family of viruses.

‘Previously a rare disease outside Africa, the monkeypox virus has rapidly spread worldwide, leading the World Health Organisation (WHO) to declare it a global health emergency in July. This has caused limited world supplies of the vaccine to run short.

‘Now the UK is trialling lower dosages of the vaccine, manufactured by Bavarian Nordic, to ensure that supplies last longer and more people can be vaccinated. However, reducing the recommended dosage of the jab could be seen as something of a gamble.

During the trial, those people eligible for a vaccine but not thought to have been exposed will receive the lower dosage. However, vulnerable groups who are known to have been exposed, including people with immunosuppression, children under the age of five and pregnant women, will still receive the full 0.5ml dose. That’s perhaps a tacit acknowledgement that we don’t yet have the full picture of how effective the reduced vaccine will be.

‘The reduction in the vaccine dosage comes at a concerning time, with the UKHSA announcing that it has found another strain of the monkeypox virus in the UK, from an individual who had recently travelled to West Africa.

The strain is thought to be a subspecies of the Clade IIb variant group (formerly called the West African variant), which is the one circulating globally. This is a milder form of the virus compared to the more dangerous Clade I variant (formerly known as the Congo variant). Clade I has a mortality rate of around one in ten, while the death rate for Clade II is around one in 100.

‘The news of further variants arriving in the UK will do nothing to reassure the public about the safety of the “watered down” vaccine, however. The UKHSA says that studies suggest smaller doses generate “a near-identical” immune response compared with full doses. That is reassuring but greater testing of those people who are symptomless but known to have been exposed to the virus would seem a sensible precaution. Likewise, a monkeypox antibody test would seem advisable to monitor the efficacy of the reduced dosage vaccines.

‘It must be kept in mind that the vaccine itself is, just like those for Covid-19, not 100% effective. In fact, WHO believes the smallpox-targeted vaccine is only around 85% effective in preventing monkeypox. That is something to keep in mind when determining the level of dosage to be administered.

‘As was the case for the Covid-19 pandemic, testing is one proven way to limit the spread of the disease as the new reduced vaccine is trialled. Ironically, demand for monkeypox testing is currently limited because the symptoms are so severe that people assume they will know they have the virus as soon as they contract it.

‘It’s certainly true that, once people have developed an obvious rash (which begins on the face and then spreads to other parts of the body before turning to small fluid-filled blisters), the illness is usually not hard to diagnose.

‘The real problem is that the disease has a long incubation period before the skin rash appears, and many people are asymptomatic and can spread the virus without showing any symptoms. For this reason, we urgently need more monkeypox testing. The time between contact with an infected person and the onset of any symptoms is usually between 6 and 13 days (and there have been reported delays of up to 21 days.)

‘Following the incubation period, the invasion period of the infection can last for up to 5 days without any sign of the tell-tale rash. During this period, the infected person may suffer other symptoms such as a high temperature, headache, swollen glands, back pain, muscle aches and fatigue. The problem is that these can be mistaken for flu or even Covid-19.

‘During this invasion period, the person may still be mixing in the community until the rash appears, unaware they are at risk of spreading the disease. The US Center For Disease Control (CDC) has confirmed that during this period of initial illness people may well be contagious and must isolate. Once the rash appears, a person is contagious until after all the scabs on the skin have fallen off and a fresh layer of intact skin has formed.

‘In the absence of easily obtainable monkeypox tests, a general health test might be a useful course of action for anyone concerned about monkeypox, to ensure they are in overall good health to help fight the symptoms of new viruses. London Medical Laboratory’s Health Profile Test provides people with a comprehensive check-up of their general health, including vitamin D levels, diabetes (HbA1c), liver & kidney function, full blood count, bone health, iron levels and a full cholesterol profile.

‘It can be taken at home through the post, or at one of the many drop-in clinics, selected pharmacies and health stores that offer this test across London and UK-wide.

How to ensure maximum comfort and productivity when working from...