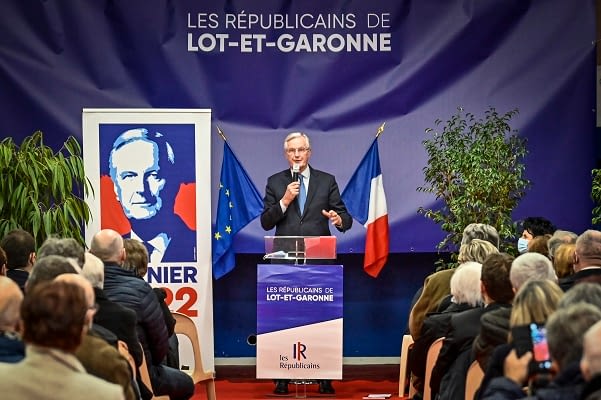 The EU’s former chief negotiator Michel Barnier who is the French presidential hopeful has vowed he will rip up the border treaty with the UK and allow all migrants to travel to the UK.

The Prime Minister Boris Johnson provided Emmanuel Macron with a five point plan to tackle the migrant crisis after 27 people drowned in the English Channel trying to get to the UK.

Boris had suggested to President Macron that he put British boots on the French shores to help with migrant problems, but Macron called this a breach of sovereignty and called off allowing British officials from holding talks in France.

French politicians are pointing the finger at the UK authorities for failing to tackle the migrant issue and Johnson has called on France to agree joint police patrols.

Under the Treaty of Touquet struck in 2003 each country is responsible for financing and running security at border sites in northern France, whereby it is up to France to prevent migrants to enter the UK.

Barnier has dramatically said he will tear up the treaty and allow asylum seakers to cross the English Channel.

In an attempt to prevent migrants crossing the Channel the British government are paying Paris £54bn of taxpayers money to stop them from coming, but there has been many reports that French authorities are deliberately letting them set of in dinghy’s.