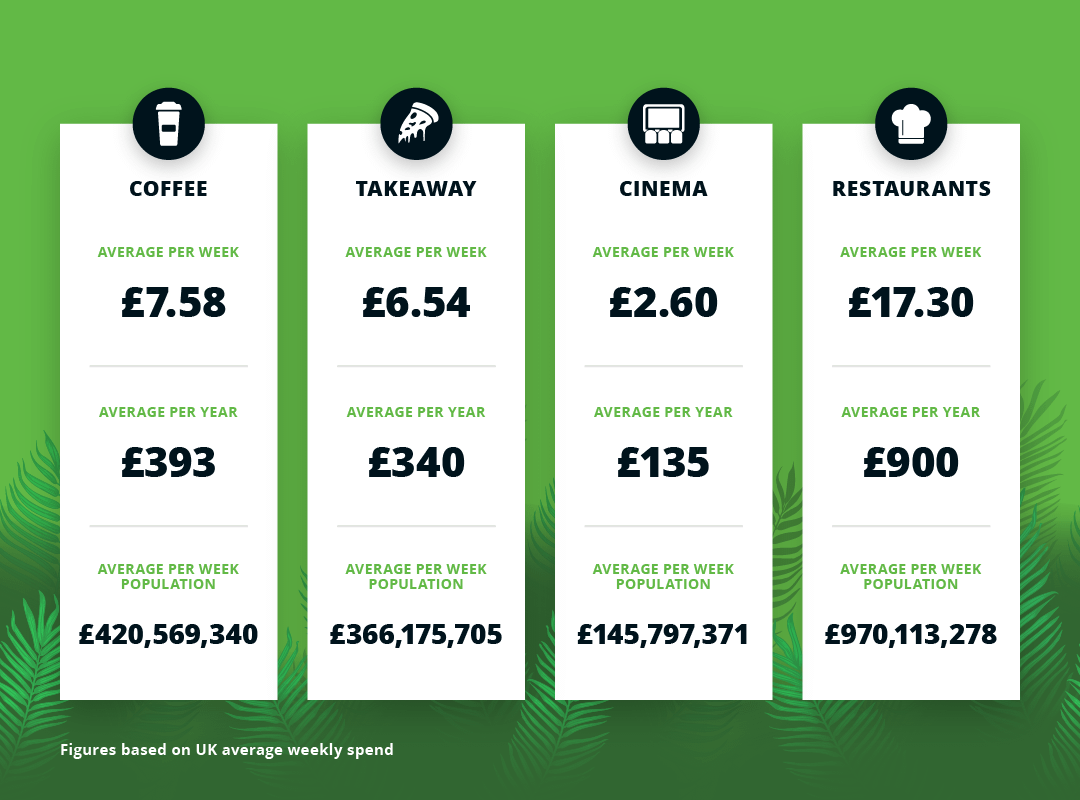 Credit card provider MBNA is supporting WWF through a new initiative on the MBNA Thames Clippers this month, raising money for tiger conservation through their TAP TO GIVE™ campaign to promote international Tiger Day on Saturday 29 July.

This is the first time the TAP TO GIVE™ technology, which offers the opportunity for passengers to make a contactless charity donation to help protect tigers, has been used aboard a moving vessel.

To help the public understand how a little donation can go a long way when it comes to conservation efforts, MBNA used WWF data to show, in reality, what an impact a small donation could have on several endangered species.

On average, each UK household spends £7.50 a week on coffee, while takeaways work out at £340 over the course a year. Cinema tickets set us back £135, and the annual bill for eating out at restaurants comes in at just under £900.

Added together, as a nation we spend a staggering £970m each year dining out and a further £366m on tempting take-outs. Going to the movies weighs in at just under £146m, while all those lattes and mochas total an eye-watering £420m.

MBNA discovered that if a small fraction of the UK population gave up a little luxury for a week, the money could be used to purchase vital equipment and training for the protection of wild animals.

For example, if just three people sacrificed coffee for a week, that £22.50 could more than cover the costs of an anti-poaching patrol party of three for one day, to protect tigers on the outskirts of Bardia National Park in Nepal.

Furthermore, the average weekly spend on cinema tickets for 100 people (£250) would fund a special camera used to help monitor numbers in the tiger’s natural habitat.

The findings have been broken down in the graphics below: