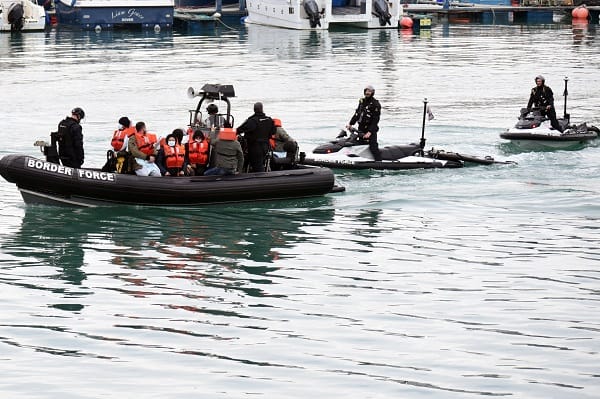 The Mayor has created a new map of services to help Londoners with immigration needs find the support that is available to them, and created a £300,000 fund for organisations that are providing specialist advice and support across the capital.

It comes as the Government this week announced plans for asylum seekers which the Mayor has warned will do nothing to deter people making perilous journeys to seek sanctuary, nor the traffickers profiting from people’s misery. The backlog in the asylum system has left thousands of people in immigration limbo unable to work and often living in unsuitable hotel accommodation for months or years while they await a decision on their asylum claim.

The Mayor’s new, interactive map has been added to his Migrant Londoners Hub, an online tool providing information to support migrant and refugee Londoners. The map provides details of services and organisations specialising in providing immigration advice, employment advice and employability support, welfare advice, healthcare and mental health support, and housing advice and support. This will help newly arrived Londoners with immigration needs to access information, and see what services are available in boroughs across the capital.

The new Migrant Advice and Support Fund will provide funding to frontline groups and organisations providing specialist advice and support to migrant Londoners. In the new year, £300,000 will be granted to organisations to help develop services for underserved groups, support collaborative working, and ultimately improve the resilience of the sector. Single organisations will be eligible to apply for £10,000 to £30,000, whilst organisations applying in partnership will be able to apply for up to £70,000.

Next month, a Young Londoners Participation Network event will also bring together people across the capital who are committed to supporting young migrants, refugees and asylum seekers from across a range of organisations and sectors.

These measures signal Sadiq’s commitment to championing London’s diversity and supporting the social integration of all Londoners, regardless of where they were born.

Since becoming Mayor, Sadiq has shown his strong support for migrants, refugees and people seeking asylum. In March, more than £1.1m in funding was announced to expand access to immigration advice, develop the Migrant Londoners Hub, and improve support for the capital’s migrant workers. He has also invested in a series of measures to support refugees from Ukraine, evacuees from Afghanistan, and new arrivals under the Hong Kong British National (Overseas) visa.

The Mayor of London, Sadiq Khan, said, “Migrants play an important role in our society and International Migrants Day provides us with an opportunity to reflect on the positive contributions that they make to London, as well as the challenges they face in achieving their full potential.

“This week we have seen the tragic deaths of more people in the English Channel, but the Government’s recently announcements do nothing to prevent people from making dangerous journeys to reach safety, nor traffickers from profiting off people’s misery.

“This is why it is crucial that we help migrants, refugees and people seeking asylum to access the services and resources that will enable them to thrive in our city. By ensuring that all Londoners have access to the support and representation they need, we will be able to build a better London for everyone – a safer, more prosperous city for all.”