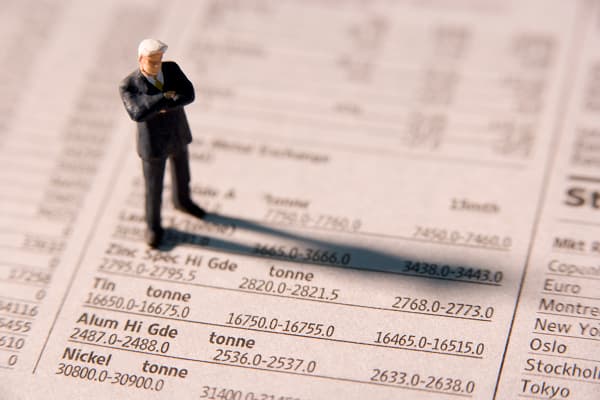 MS Galleon GmbH who are an investment management firm headquartered in Vienna, are urging shareholders of Topps Tiles PLC to support its Requisition Resolutions, which will be voted on at the Topps AGM which is taking place in Leicester on 18 January 2023.

MSG believes that Darren Shapland, who became a director and non-executive Chairman of the board of Topps Tiles PLC on 19 March 2015, should be removed from both roles immediately.

Seven years where Topps Tiles deteriorated During Shapland’s leadership, Topps Tiles’ financial performance has declined significantly. The company has failed to transition to an omnichannel model and to compete effectively against omnichannel or pure-play retailers. The company is ill prepared to deal with an increasingly competitive UK market.

In particular MSG notes that:

During Darren Shapland’s tenure, Topps Tiles has failed to create a substantial e-commerce offering; at present online sales only account for between 6-8% of the company’s total sales.

However, the benchmark set by Kingfisher Plc is 18%. Several retailers could in a short time build significant market share online.

For example, Tile Mountain, which was only incorporated in 2012, currently has an estimated 34% e-commerce share and £24.5m sales online. In response, Topps Tiles launched an e-commerce only platform Tile Warehouse in May 2022.

The launch has been unremarkable with the firm itself conceding that Tile Warehouse was likely to lose money in the next few years.

Darren Shapland is currently a director at five companies, including two Chairmanships – at both Topps Tiles and Moo Group. He is a company director at Aerofil and the Change Management Group and is a director with significant control at Backhurst.

In MSG’s view this constitutes, what the Financial Times has described as, “overboarding” by Shapland. During his short tenure as CEO of Carpetright between 2012 and 2013 Shapland presided over a 53% drop in profits and was quickly dismissed.

Topps Tiles shareholders deserve better. They deserve a Chairman with a proven track record in modern retailing, someone with a deep knowledge of e-commerce, and a corporate leader who can commit their time to focus on the company’s growth.

Cersanit has always been driven by market conditions in its dealings with Topps Tiles Topps Tiles currently buy 1% of its entire cost of goods from Cersanit, and 100% of new product introductions are always decided unilaterally by Topps Tiles.

Cersanit, as Europe’s third largest producer of tiles, sells to Topps Tiles competitively priced, high quality, exclusive products for the UK market manufactured in Europe. All product introductions to Topps Tiles from Cersanit are based on price competitiveness.

Nexterio is an opportunity not a threat to Topps Tiles As part of its portfolio, MSG owns Nexterio – a successful and fast developing chain of stores selling tiles, bathroom equipment and flooring. MSG proposed a Joint Venture to Rob Parker, the CEO of Topps Tiles on 3 August 2022. This offer was turned down, based on the assumption expressed by Rob Parker, that Nexterio will be a competitor to Topps Tiles.

Nexterio has an effective logistics capability. Therefore, Rob Parker asked MSG on 24 November 2022 to invest into a distribution in the UK of the large, on trend tiles and heavy outdoor tiles. Topps Tiles’ own warehouses are too small and insufficiently equipped to service this growing part of the market.

Piotr Lipko, a Managing Director at MS Galleon said, “Topps Tiles should focus on turning around the company from seven dire years of deterioration.

“Rather than attacking its major shareholder, Topps Tiles should concentrate on reversing the declining margin, growing its market share and improving falling profits.

“The objective of MS Galleon’s requisitions is simply to improve the performance of Topps Tiles, increase its market value, and maximise returns for all shareholders.”