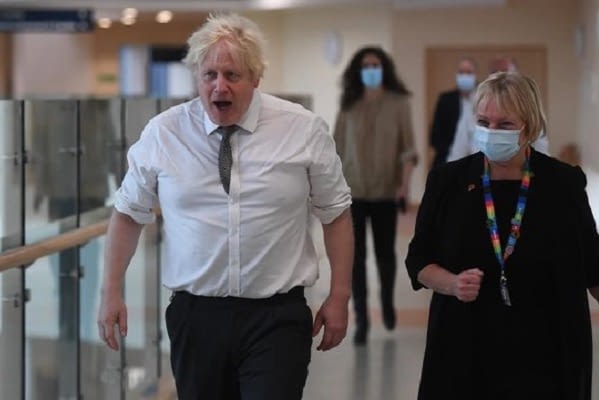 The French President Emmanuel Macro has called Boris Johnson a “knucklehead” and a “clown” as he accuses the Prime Minister making a “circus” of their relationship.

According to the French satirical newspaper Le Canard Enchaîné, Macron told advisers in Croatia, that Johnson says one thing in private and then something different in the public and said their talks are “always the same circus.”

Johnson has publicly been accused of not being serious of resolving the migrant crisis in the English Channel.

The Times reported that the Prime Minister had “very quickly realised” Brexit was “catastrophic for the British.”

Adding that the French President felt Johnson has been trying to use France as a “scapegoat over Brexit.”

It was reported that Macron had suggested the French/British relationship was being poisoned over Brexit.

He added, “It is very sad to see a great country, with which we could do so much, led by a clown.

“Johnson has the attitude of a knucklehead.”

Work and Pensions Secretary Therese Coffey was asked on ITV’s Peston programme over Macron’s comments, she said they were “news to me” and was “surprised to hear that.”

Coffey told Peston, “I’m surprised to hear that. I’m conscious that we have a shared mission in trying to make sure that the people smuggling gangs are really brought to justice.

Peston suggested that the development was “troubling,” Coffey added, “As I say, I’m surprised to hear that and disappointed, openly. I’m sure that we can continue to try and work together to tackle this.

“We’ve got to try and work this through, not only between our two shores, but actually tackling this in the first place.

“And I’ve got confidence that Priti [Patel] is trying to make those inroads right across not just Europe, but also in our more international communications as well.”

The Business Minister George Freeman told Sky News, “I think we are into pantomime season, aren’t we? And there is a French election coming.

“The truth is we are looking to work very closely with France on the border issue, on tackling the problem of European migration at source – which is why we are investing in trying to stabilise countries so people aren’t coming here – and, with France, we need to make sure that people in France aren’t being supplied with boats and being pushed out into the Channel.

“I’m confident, actually, that Anglo-French relations are rather better than that quote suggests.”