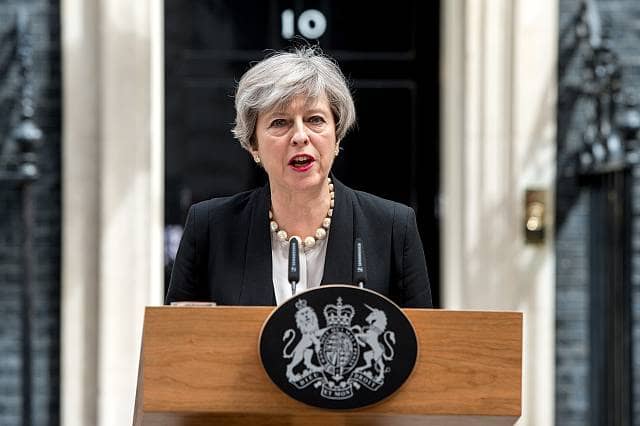 London terrorist attack: PM has said ‘enough is enough’ and general election will go ahead

The prime minister Theresa May has said Sunday morning that the general election will continue as scheduled.

All other party leaders have said they will pause with campaigning for Sunday due to Saturday nights horrific terrorist attack, that has killed seven and injured 48 innocent people.

However, Ukip has said they disagree with their leader, Paul Nuttall and will continue and they cited this action is ““precisely what the extremists would want us to do.”

May said in a live press conference on the steps of Downing Street Sunday morning the UK has been far too tolerant of extremism and it was time to say “enough is enough.”

May has said the UK is now facing a “new trend in the threat we face as terrorism breeds terrorism and perpetrators are inspired to attack, by copying one another and often using crudest means of attack.”

May further added that this was the third terror attack on UK soil in the last three months, over this period the intelligence services had disrupted five further plots.

May said: “While we have made significant progress (in tackling terrorism) in recent years, there is – to be frank – far too much tolerance of extremism in our country.”

“So, we need to become far more robust in identifying it and stamping it out across the public sector and across society.”

“That will require some difficult, and often embarrassing conversations.”

May went on to say that there are four important ways that things needed to change to tackle the terrorism threat here in the UK.

To deflect the “evil ideology” of Islamist extremism, as “British values are better.”

The UK must say “enough is enough” as we can no longer tolerate extremism. May said it is now time for “difficult and embarrassing conversations.”

There will be a review as to whether or not the police have the powers they need in order to combat extremism.

May also said that violence should not be allowed to “disrupt the democratic process” therefore general election campaigning had been suspended today and the election will continue as scheduled for 8 June.

May said that there are many people with life threatening injuries as hospitals across London are treating 48 people.