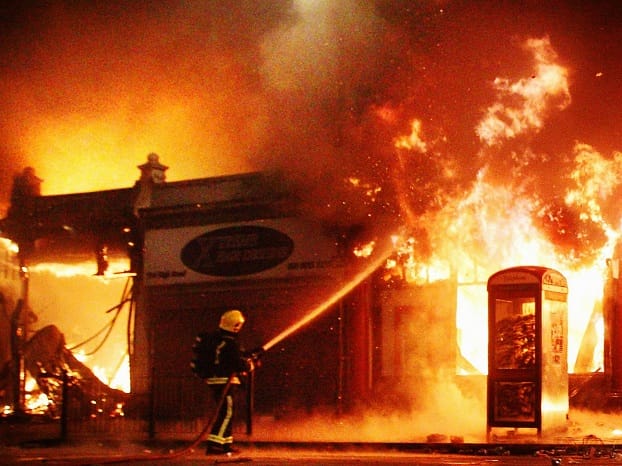 London has dropped down the list of best places to live in the world after the city was hit by riots last summer, a new study has shown.

The capital fell two places to 55 out of the 140 cities studied by the Economist Intelligence Unit. The study takes into account matters such as social and political stability, education, crime and access to healthcare before producing rankings.

London’s position in the rankings was harmed by last summer’s civil unrest. Rioting began in Tottenham on August 7 last year following the death of Mark Duggan, before spreading to Enfield, Ealing, Croydon and other parts of the capital.

Manchester, which also experienced civil unrest, fell nine places to 51 in the table which was topped by the Australian city of Melbourne. Austria’s capital Vienna was second, while the Canadian cities of Vancouver, Toronto and Calgary were all in the top five.

The survey’s editor, Jon Copestake, said: “UK cities have seen a slight downgrade in liveability due to the mass outbreaks of civil unrest that took place last year.

“Although hosting the Olympics has subsequently provided a definite boost for London’s profile, it was already among the world’s most vibrant cities, with plenty to see and do, so has had no impact on overall lifestyle.”

A spokesperson for London & Partners pointed out the capital’s strengths, not least the widely-praised hosting of the Olympic Games.

London & Partners said: “London is the most popular European destination for international students and visitors, has been voted the best European city to do business in for 26 years and the majority of foreign-born executives think London is better for their careers than any other city in Europe.

“The London 2012 Olympic Games has provided an opportunity to showcase London not only as the world’s leading centre of business, creativity and talent but a great and vibrant place to visit and live.

“We have proved over the last few weeks not only that we can host the world’s biggest sporting and cultural event, but we can do so with a welcoming smile, and a wonderful sense of pride.”

Dhaka in Bangladesh was ranked bottom of the cities considered in the survey, while a number of cities which have been involved in the Arab Spring also fell down the rankings.

The London Riots: one year of despair and resilience for businesses

Life after the riots: Tottenham to receive £41m boost and Spurs will stay