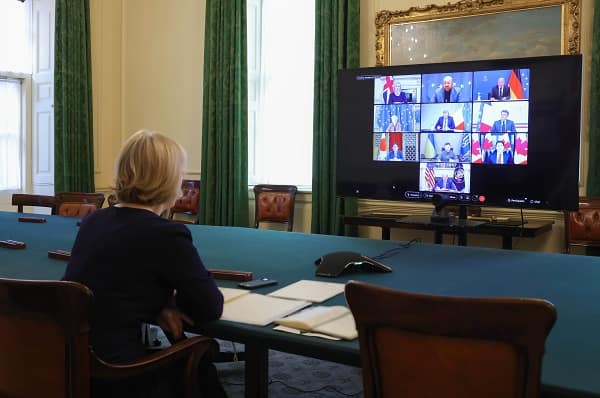 Liz Truss is odds-on at 8/11 to leave her role as Tory leader this year with more than 100 MPs reportedly sending letters of no confidence to the 1922 Committee.

Rishi Sunak is the 7/4 favourite to replace Truss, with newly-appointed Chancellor Jeremy Hunt 9/2, whilst Labour are Evens to win an overall majority at the next General Election, with the Tories 11/2.

Betfair Exchange: Liz Truss to face a vote of no confidence before next General Election

Betfair spokesperson Sam Rosbottom said, “2022 remains the 8/11 odds-on favourite year for Liz Truss to leave her role as Tory leader as pressure continues to mount on her position with reports claiming up to 100 MPs have submitted letters of no confidence to the 1922 Committee.

“Truss has a grace period of one year after winning the leadership contest, we know that things can change quickly in politics, and with a number of letters of no confidence reportedly sent in, the no confidence vote market is one we’re keeping a close eye on too.

“Currently, Truss is 11/8 to face a confidence vote before the next election.

“Rishi Sunak, who lost out to Truss in the Tory leadership contest last month, is the 7/4 favourite to replace her, with Jeremy Hunt 9/2 and Ben Wallace 5/1 to take control of the party.

“Some of the latest polls project that if there was to be a General Election now, the Tories would win just four seats, so it’s no surprise to see that punters have backed a Labour majority into even money from a high of 12/1.

“Despite that, a General Election anytime soon still looks unlikely, for a vote to take place between now and the end of the year is 14/1, while 2024 or later looks most likely at 2/5.”