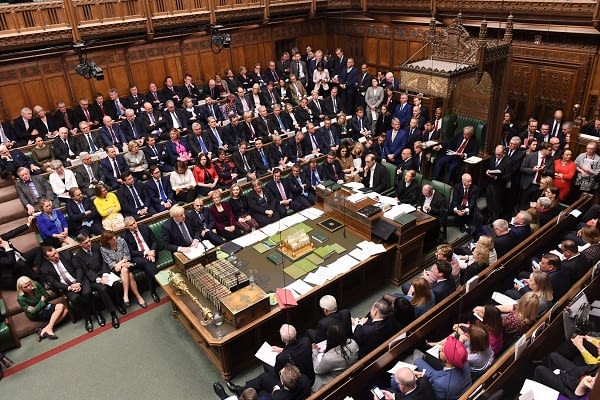 Latest prices on the next general election indicate a 50% chance of a hung Parliament with Tory majority of just 35%.

The chance of Boris Johnson being replaced as Prime Minister in 2022 has almost doubled this week, climbing from 33% to 57% according to the latest prices on the Smarkets exchange.

Smarkets have a further market on Johnson’s exit date by quarter, and the likelihood of him being ousted by the end of March has shot up from 5% to 25%.

The prospect of Johnson still being Tory leader by the next general election has also sunk to under 40% amid a series of allegations of parties in Downing Street during lockdown.

Chancellor Rishi Sunak remains favourite to succeed Johnson as Conservative leader at 30%, with Liz Truss his nearest challenger, rated as a 20% chance.

The latest prices on the next general election indicate a 50% chance of a hung Parliament with a Tory majority having fallen to just 35%.

Comment from Matthew Shaddick, Smarkets political analyst said, “Boris Johnson’s position seemed to have been improving since the turn of the year but the latest round of partygate stories has seen his chance of seeing out the year as PM drop back down to the lows seen after the Tories’ loss in North Shropshire last month. The betting markets’ reaction to the latest revelations suggest he is more likely than not to leave his role this year.

“The race to succeed Johnson as Tory leader now has two clear frontrunners in Rishi Sunak and Liz Truss. Not much more than a year ago, Truss was an 80/1 chance but Smarkets users now make the Foreign Secretary around a 20% chance of taking over at the top.

“With the Conservatives now trailing in the polls, the latest market prices on the next general election suggest there is a 50% chance of a hung parliament. The Conservatives remain favourites to win most seats at 60% but the prospect of them retaining a majority has fallen from 50% last summer to just 35% today.”