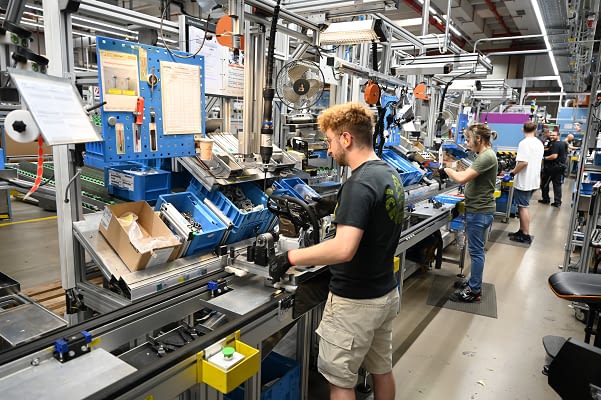 Labour have announced that they would create a £600m contingency fund which would help firms who are struggling including “energy intensive” sectors which has been welcomed by steel campaigners.

This £600m fund would help to support companies who are struggling with soaring energy costs and Labour will force a vote through in Parliament tomorrow to scrap business rates and reduce firms struggling with debt.

Labour said, “This fully-funded measure would be paid for through the party’s plan to fix the broken energy market, which includes a one-off windfall tax on record North Sea oil and gas profits.”

“The Government has been asleep at the wheel, with British firms, especially those energy-intensive businesses, paying the price.

“The Conservatives’ ambivalence towards British business is simply unacceptable.

“Viable firms risk going to the wall because of Government failures over the last decade.”

Last month the Mirror  warned how the UK’s “disproportionately high electricity prices have cost UK steelmakers an extra £90million this year” and £345m over the last six years, which is “the equivalent of almost two years’ capital investment in the sector.”

UK Steel director-general Gareth Stace said today: “Uncompetitive and unaffordable electricity prices for the UK’s steelmakers have been a thorn in the side of its ability to invest in British steelmaking for many years, and the increasing disparity between UK and European prices now halts in its tracks our ability to decarbonise.

“Last year, we paid £90m more than our German competitors for electricity.

“Right now, UK steel producers are having to take difficult decisions daily on whether to pause production based on the cost of electricity.

“This is no way to efficiently produce steel, or as the foundation to a healthy British economy.”

“We’re pleased to see Labour acting to reduce energy prices, and hope the Government follows suit to give energy intensive industries the breathing space they so desperately need.”

Labour MP Stephen Kinnock, whose Aberavon constituency includes Britain’s biggest steelworks, Port Talbot, said, “Energy intensive industries such as steel are the backbone of the British manufacturing sector, but they are being held back by astronomical energy costs.

“The fully-costed plan that Labour is bringing forward offers steel and other key strategic industries a pathway to a healthy and sustainable future.”

A Government spokeswoman said, “We remain absolutely determined to secure a competitive future for our energy intensive industries and in recent years have provided them with extensive support, including more than £2bn to help with the costs of energy and to protect jobs.

“Our priority is to ensure costs are managed and supplies of energy are maintained.

“We have various funds in place to support businesses with high energy use to cut their bills and reduce carbon emissions, including the £315m Industrial Energy Transformation fund.”